February 19, 1999: Either we were uncharacteristically prescient in seeing the enduring appeal of the workplace comedy Office Space, or it was a dead movie release weekend, or we just wanted to feature Jennifer Aniston in the lead promo spot, but we led with the Mike Judge film all day (using a really dumb "She's Not Beavis" headline, ugh): 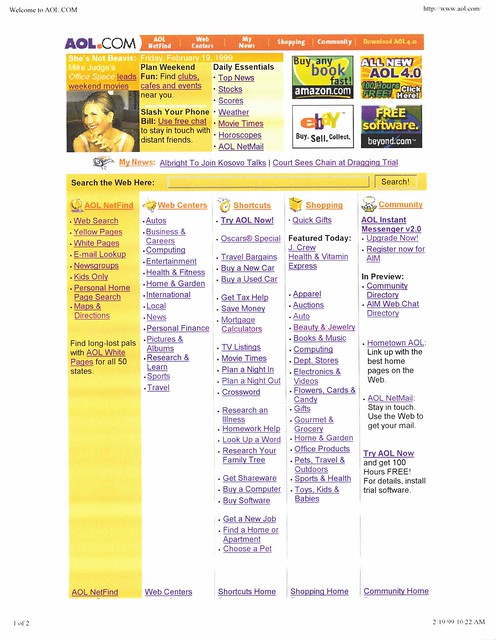 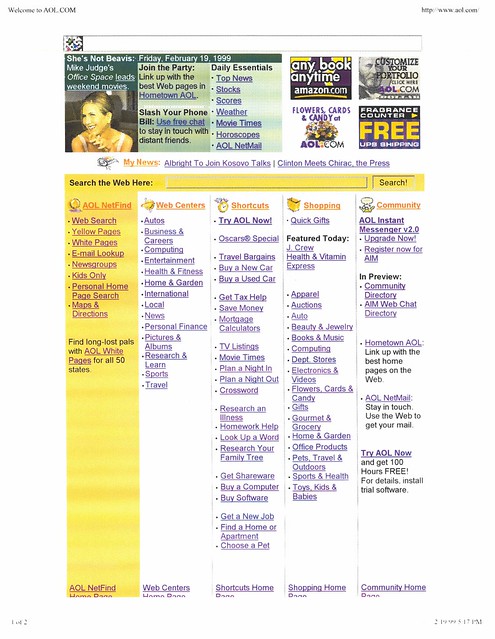