February 8, 1999: The lead morning promo featured tax preparation help, along with Hometown AOL and Computing. In the My News headlines, we see a reference to the death of Jordan's King Hussein, who'd died shortly before. 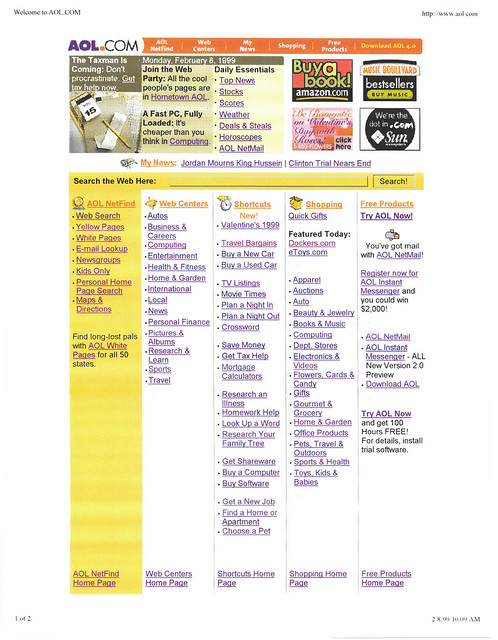 In the PM update, we switched to the AIM sweepstakes, while the My News headlines switched to King Hussein's burial and the closing arguments in the Clinton impeachment trial: 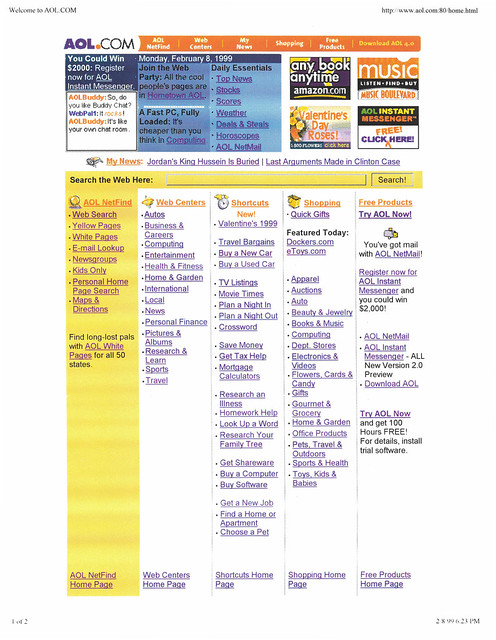