February 25, 1999: For the day after the 41st Annual Grammy Awards (held on Wednesday night, which was the style at the time), we kept the same Lauryn Hill photo (as she was the night's big winner), later swapping out for a photo from the event. The My News headline also references the 1999 Galtur (Austria) avalanche: 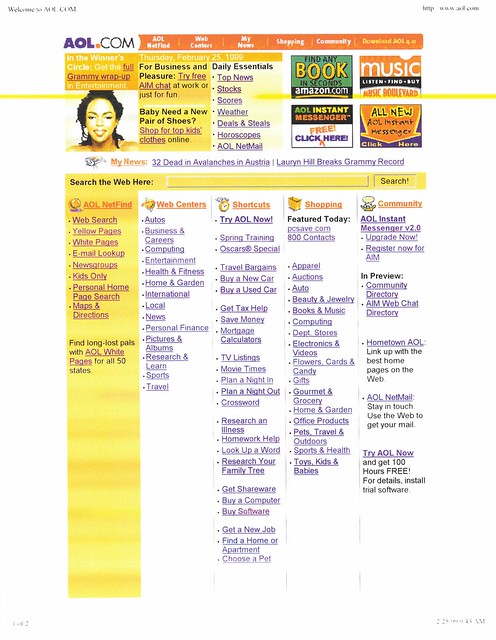 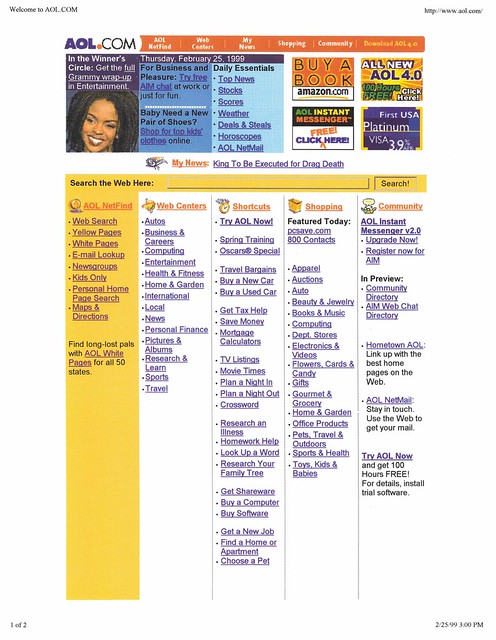 Then, in the PM update and a reversal in the usual way of things (that is, featuring Entertainment stuff on weeknights), we switched to the standard purple-and-gold Hometown AOL promo.

The My News headline references the death sentence given to one of the killers in the James Byrd dragging death in Texas: 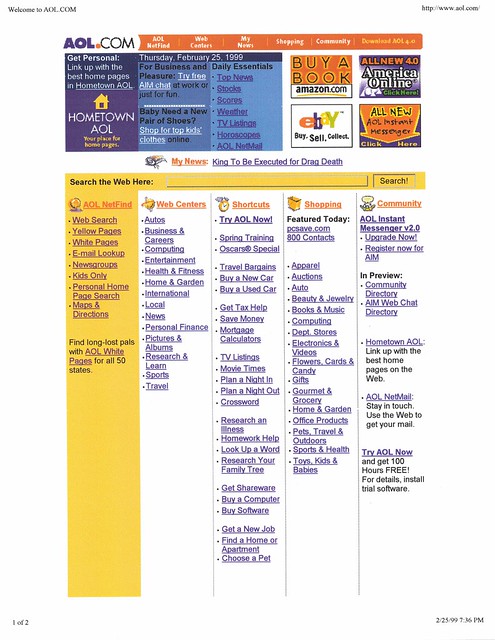