February 24, 1999: We started the day with AIM, online tax help, and Hometown AOL. It was very orange. Now, jump down to the PM update... 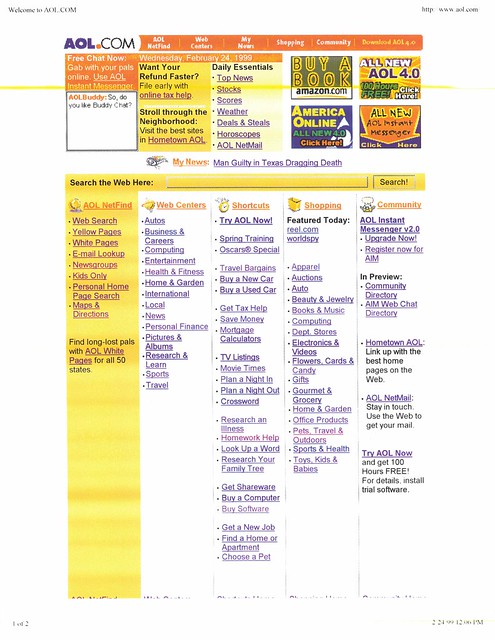 ...where we led into the 41st Annual Grammy Awards, which were inexplicably being held on a Wednesday night? (I guess the now-standard Sunday wasn't a thing back then; looks like they were held on Wednesdays until 2003, when they switched.) Anyway, we led with a picture of Lauryn Hill: 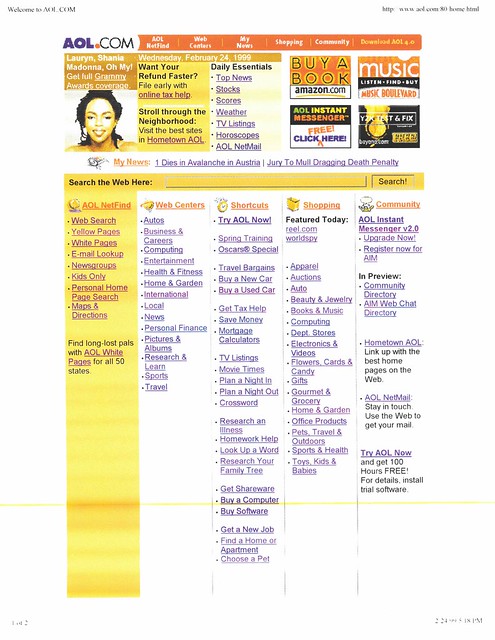