February 9, 1999: For the AM, we went with Gwyneth Paltrow for an Oscar night preview (on Tuesday?), Valentine's 1999, and Hometown AOL; for the PM switch, we just changed the HTML block colors.

In the My News headlines, we see two stories: The Senate began deliberating in the Clinton impeachment trial, and a merger between Home Shopping Net and Lycos. Clearly, the two stories were equally important, and had similarly lasting impact. (Also, "The new company will advertise its Web services on USA Networks’ cable TV shows, and Lycos’ Web sites will include ads for TV. USA Networks will also merge its Ticketmaster operation with Lycos.") 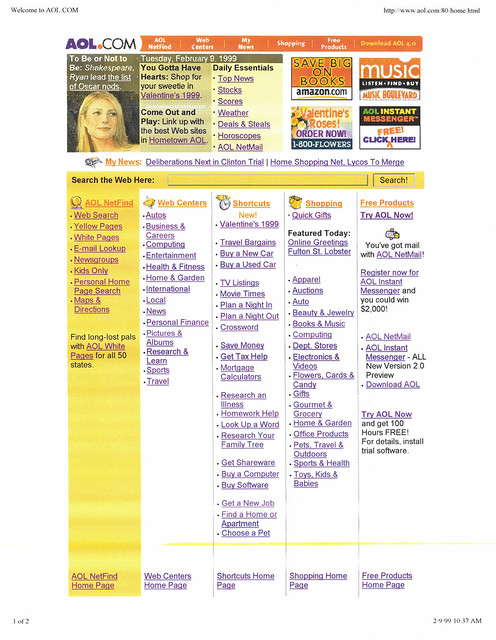 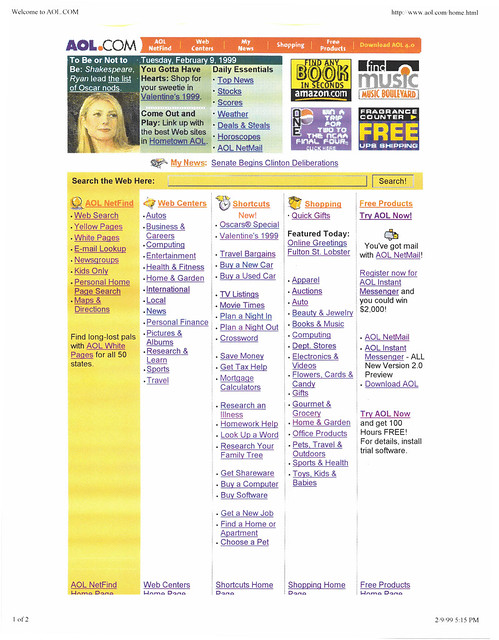