February 5, 1999: The lead promo, "Should You Pay to See Payback?" was for the Mel Gibson movie Payback. Because Mel Gibson is not a blonde woman, we went with a photo of co-star Maria Bello.

The other text promos were for Hometown AOL and shopping for videos (VHS, of course) and DVDs: 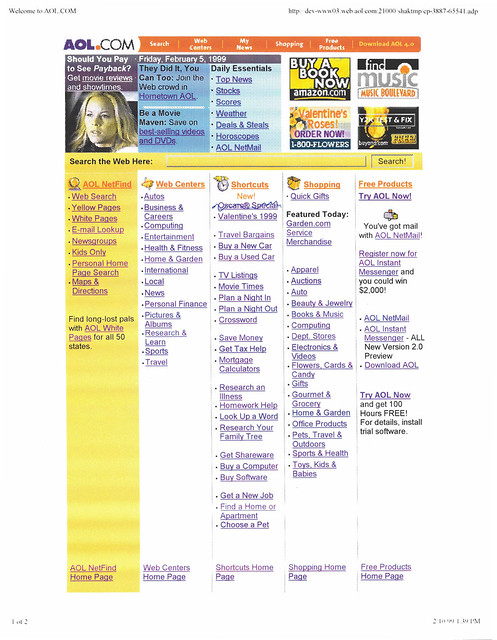