February 2, 1999: The top promo during business hours was an AIM promo that read, "The Boss Thinks You're Working... But you're chatting with your friends." In the pre-pre-pre-Slack days, using instant messenger chats at work still wasn't a thing -- at least, outside of AOL. The promo was a sorta reference to a 1995-ish AOL commercial (which I can't find online) that had a salaryman saying, "My boss thinks I'm working... but I'm really just goofing off!" That was a short-lived ad -- it didn't project the right brand value the leadership wanted. 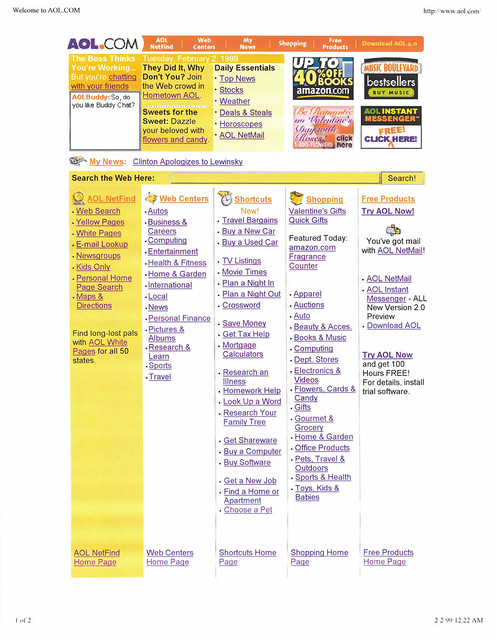 For the PM update, we tweaked the headline but kept everything else the same. Then, we changed it again, to tout the chance to win $2000 for registering for AIM -- in the last screenshot, we see a line of text that's not in the other shots, leading me to think that maybe it actually was an animated gif that simulated a text conversation... 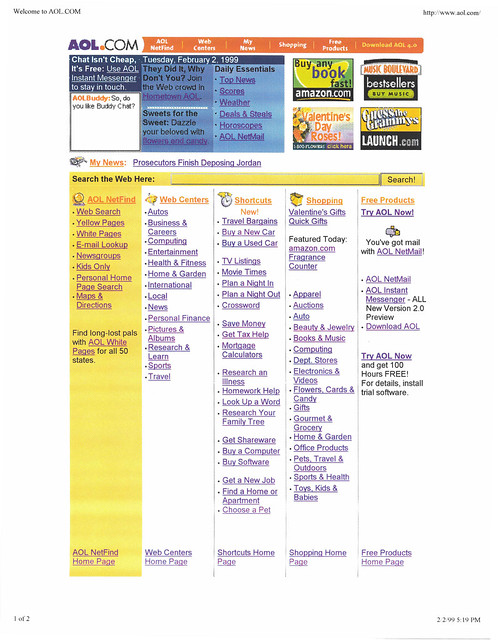 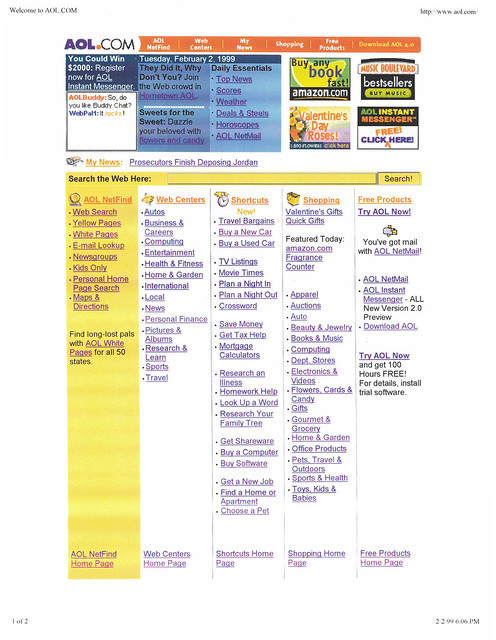