February 22, 1999: We started the day with a Personal Finance promo on top stocks and mutual funds (along with computer buying and online auctions), which was a nice transition into... 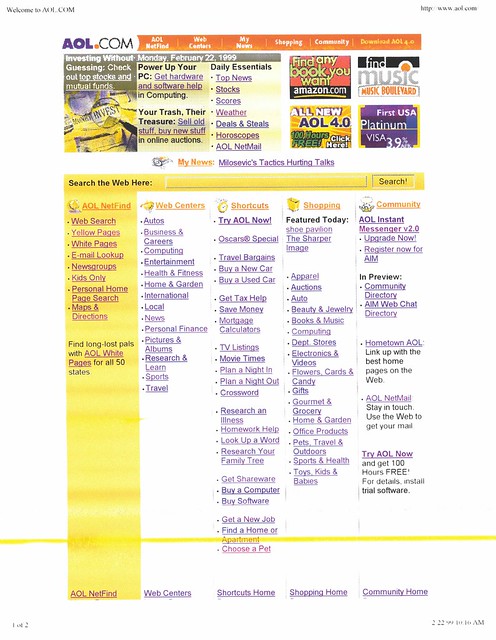 ...the PM update, where tech stocks apparently had a good day.

As mentioned, we focused a lot on tech stocks in our Personal Finance features, because of 1. Dotcom Bubble and 2. Stock Options: 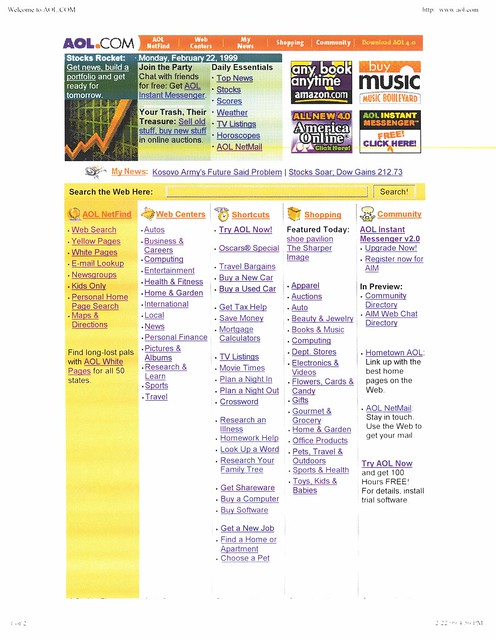 Side note: As I was looking at CNN Money stories from 2/22/99, here's a sampling of other items:
[Series note: In the late 1990s, I programmed the content for the AOL.com home page, which relaunched with a new design on July 14, 1998. I printed screencaps and saved them. 20 years later, I'm scanning them in and posting them with a little commentary under the tag #20YearsAgoOnAOLcom.]