January 23, 1999: The lineup for next week's Super Bowl XXXIII was set, so we were promoting our Super Bowl package; it apparently included sports news headlines because we were able to say "Super Bowl" in an editorial manner, instead of trademark-compliant generic wordings like "The Big Game." 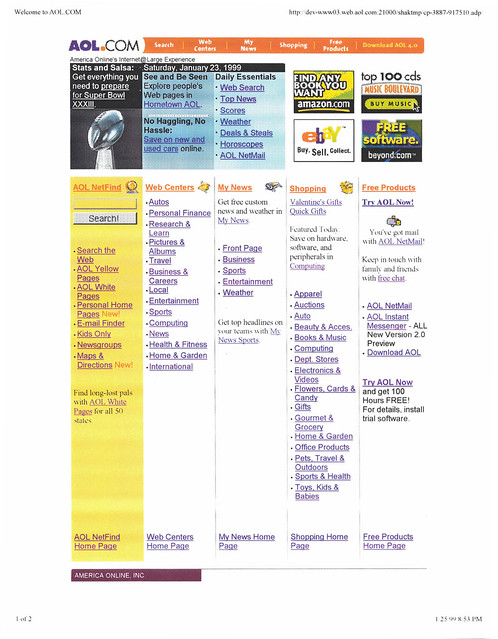