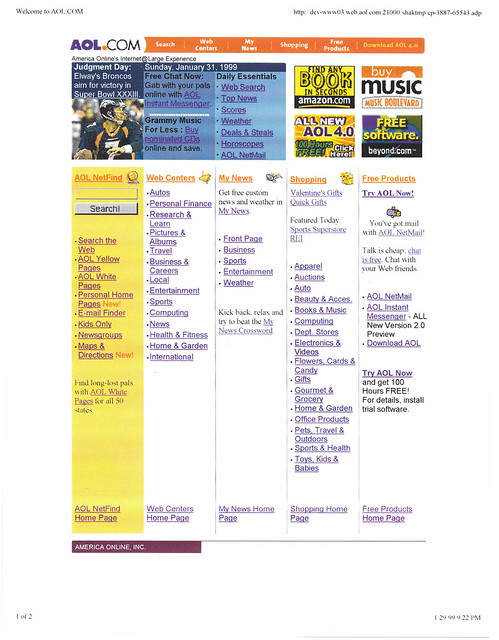 Continuing on with a "Game On!" text update when the game started:

And finally, switched to a generic pic of the Lombardi Trophy, with the score in the text headline, after the results were in.

One thing that seems kind of odd is that none of the promos hyped up the Super Bowl advertisements or the ability to watch them online. If I remember correctly, that was because you couldn't do that, at least in any organized fashion, for a year or two more. (For example, this 2007 press release hypes the 5th Annual AOL Super Sunday Poll.) 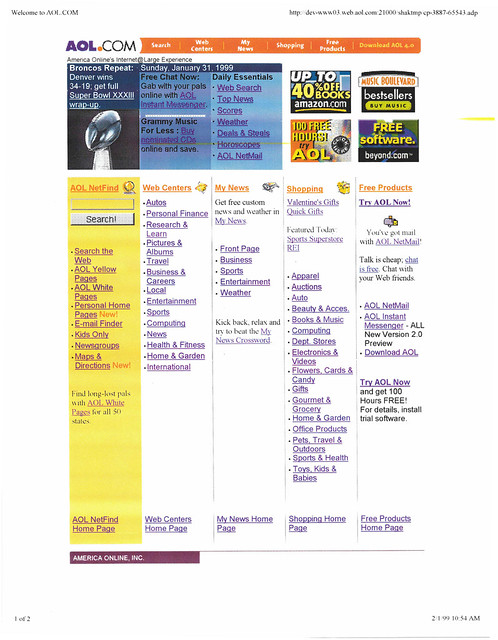