January 6, 1999: We started the day with a Personal Finance lead graphic promo, followed by text promos for AOL 4.0 and buying DVDs online. Also, as the My News promo shows, the 106th Congress convened: 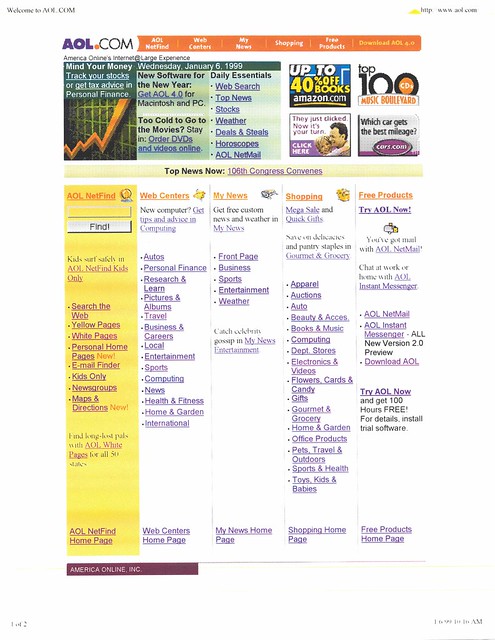 Then in the PM update, we featured a photo of Michael Jordan as an agreement was reached to end the NBA lockout: 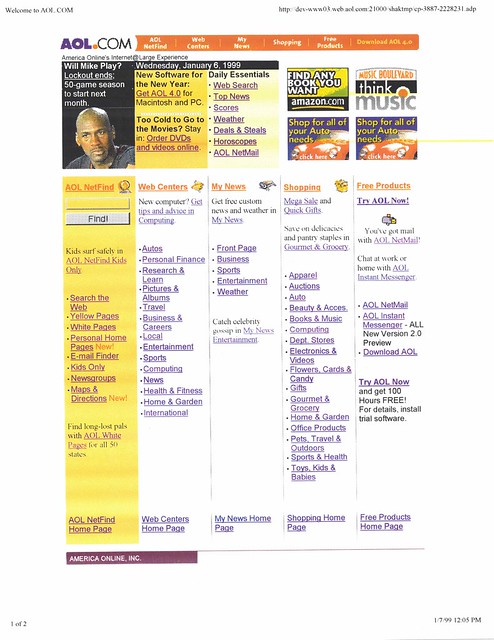