January 8, 1999: The Clinton impeachment trial continued, but Fridays were movie promotion days, so the top spot was for the John Travolta flick A Civil Action. In the text promos, we had a "heat-seeking" wordplay for travel and an Inspector Gadget reference.

I don't have a PM update archived, so either we didn't do one because it wasn't needed for a Friday, or I didn't capture it: 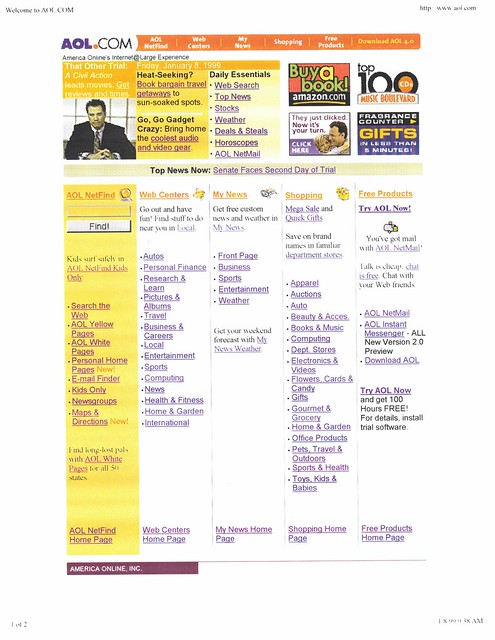