January 11, 1999: The lead promo reads: "You Deserve a Raise: Use the Web to find a better job;" 1999 was nearing the peak of the dotcom bubble, and for some time, it had been normal for AOLers to job-hop internally, chasing raises and more stock options.

By that time, I'd been in the same group and essentially the same job for about 2 years, which seemed charmingly retro.

The first text promo applies a little peer pressure for upgrading to AOL 4.0. 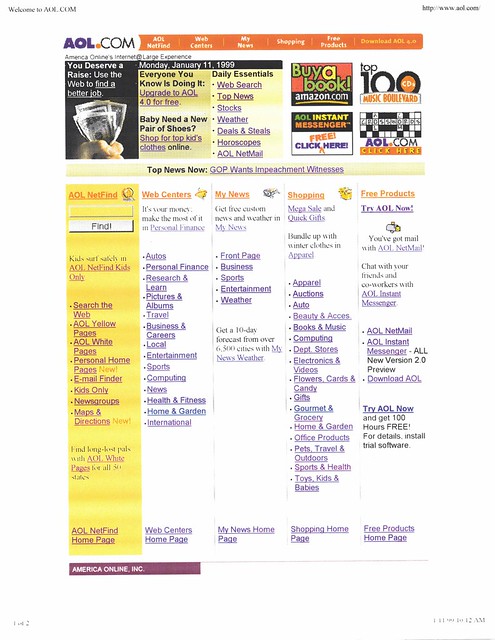 For the PM update, we switched to Shania Twain and the American Music Awards. She won best female Country Artist, though Garth Brooks took Artist of the Year.

We also switched to an AIM promo in the top spot, though thinking back, it probably would have made more sense to promote AIM downloads during the day and AOL downloads at night, considering the work audiences. Oh well: 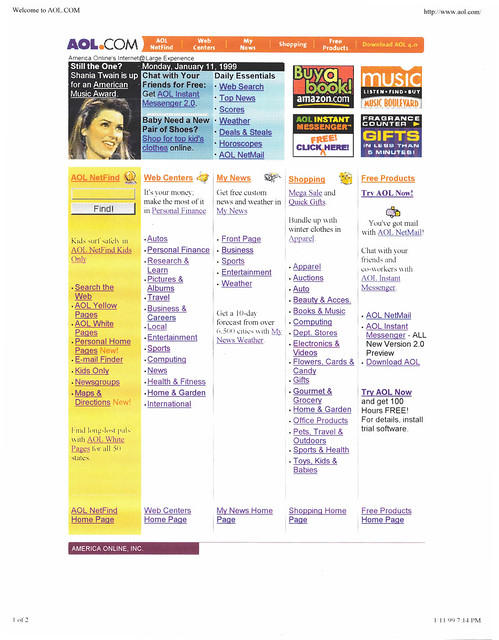