January 27, 1999: We started the day with ski vacations (and also note the Pepsi One Final Four Trip ad jackpot), Hometown AOL, and clothes shopping. Though pay attention to the dynamic My News headline, which says "GOP Set to Make Lewinsky a Witness": 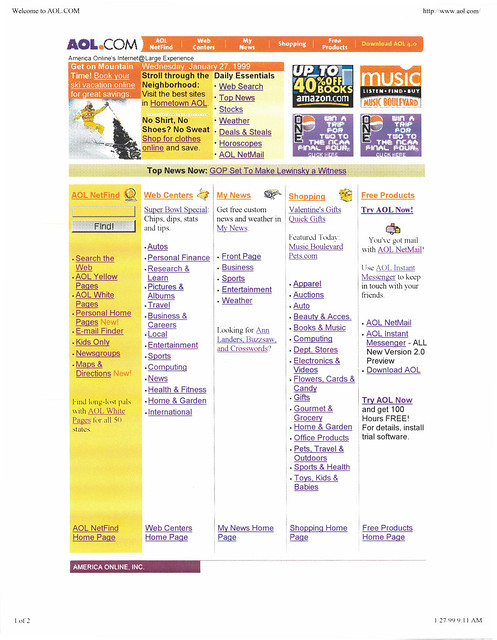 After somewhat of a break in the top spot for impeachment trial coverage, for the PM update we returned to feature Monica Lewinsky, a subpoenaed witness in the proceedings: 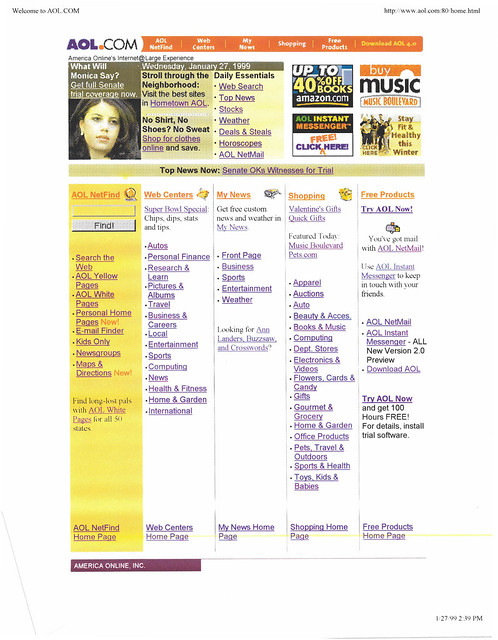