January 19, 1999: The My News headline is about the White House opening the Clinton defense for his impeachment trial, but the olive drab-to-khaki-colored top spot was all about the 1999 State of the Union address (in which, strangely enough, didn't mention the trial at all).

The daytime promo was the pre-game (note the 5-line caption, which broke/extended the layout a bit), while the PM update, which went live at around 6pm, was worded generally enough with "complete coverage" to handle the pre-, during, and post-speech time periods: 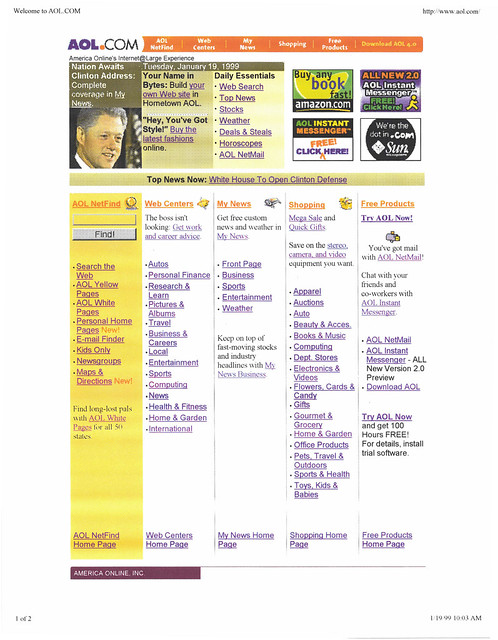 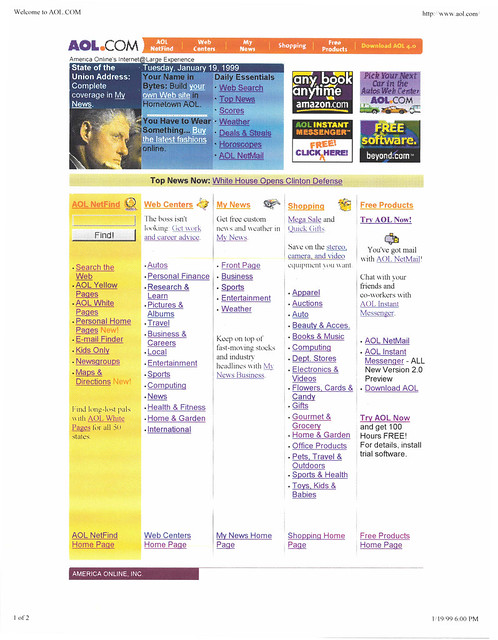