More importantly, with the real start of the New Year, we started doing regular two-a-day promo block updates: As before, the new day's content went live at 3AM ET: 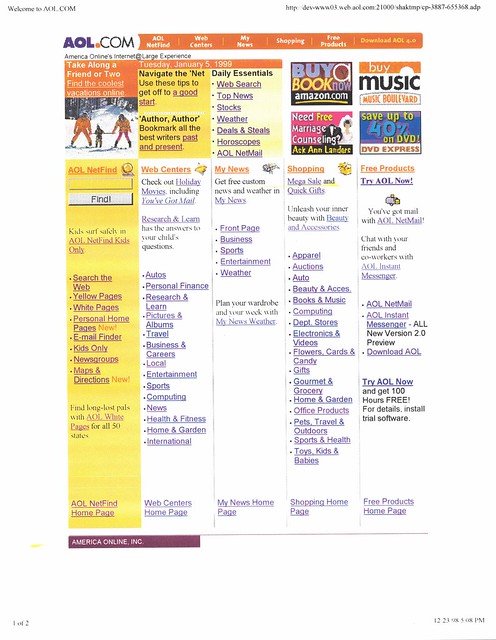 Then, we'd push a late afternoon/early evening update to get us into primetime, usually with an Entertainment focus (like the Lauryn Hill and Grammy feature).

Also, the My News headline captured here is "U.S., Iraqi Planes in Dogfight," referencing a confrontation in the southern no-fly zone: 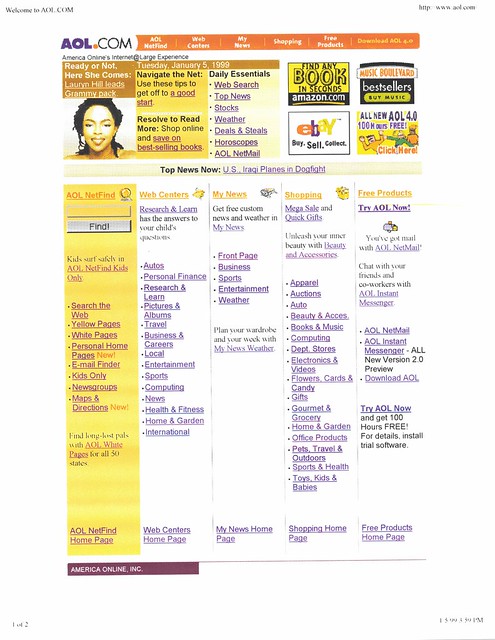