January 4, 1999: As I recall, Buddy Chat was a feature of AOL/AIM that allowed users to create their own private group chat rooms. Meanwhile, we continued our series of Personal Finance "Get Rich Clicks," featuring tips for saving more in '99. 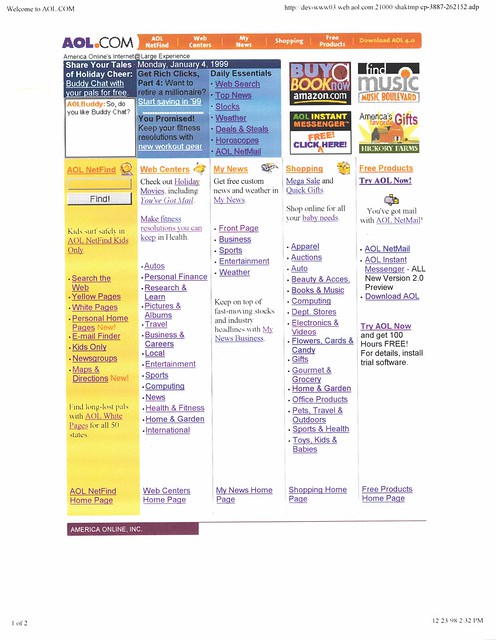