January 25, 1999: The lead promo was a classic Personal Finance stock photo, "Hand Clutching Cash, followed by some super-obvious "Got Milk" plagiarism to hawk Hometown AOL. (The Got Milk campaign was about 6 years old by at that point. As an aside, I didn't know that the campaign's first ad, "Aaron Burr," was directed by Michael Bay.) 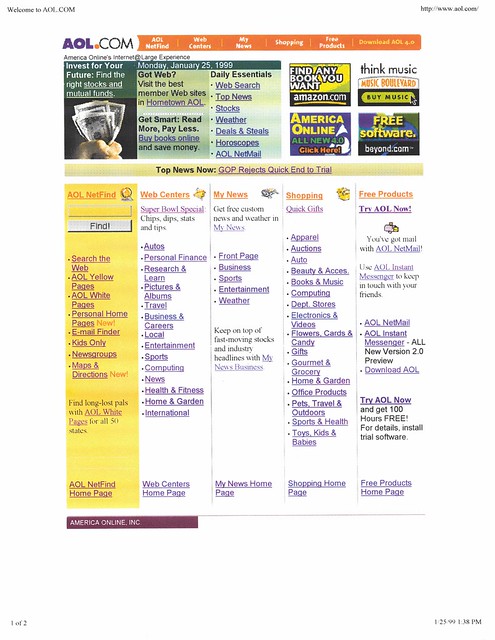 For the PM update, we switched to the short-lived Dilbert animated prime time TV series. 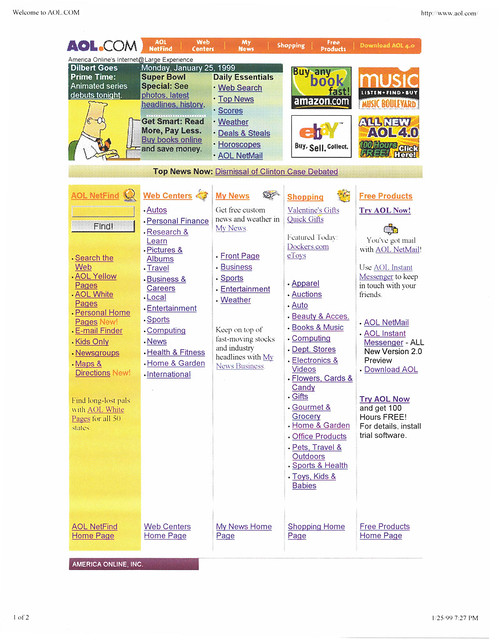