January 1, 1999: There's no explicit message saying "Happy New Year" anywhere on the page, and I think this was a conscious decision because of time zones. At this point (and in fact, at no point in my tenure doing the AOL.com home page), we weren't tailoring home page content for US time zones—the new day's content published at 3am ET, and everyone say the same content. If we tried to follow the ball drop in real-time, depending on where you saw the page, it would either be early or late and would look silly for folks outside of Eastern Standard Time. (Just because we were soaking in east coast media elitism didn't mean we weren't aware of basic geography.)

The lead promo (thoughtfully annotated—because you cant' see dark blue "clicked link" text on a black background—by whoever was apparently helping me by taking the screenshot and presumably authoring the promo, leading me to reconsider whether I actually did take this time off) says, "Find the best mutual funds for 1999." 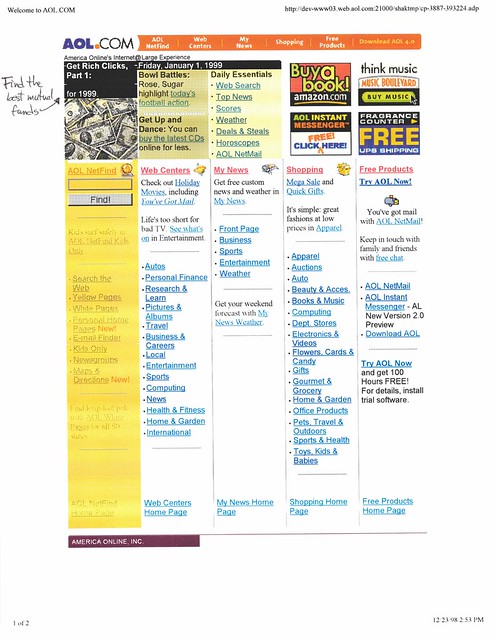