September 9, 1998: Mark McGwire hit his 62nd home run the night before (we didn't publish a real-time update); so we led with the story in the top spot the next day: 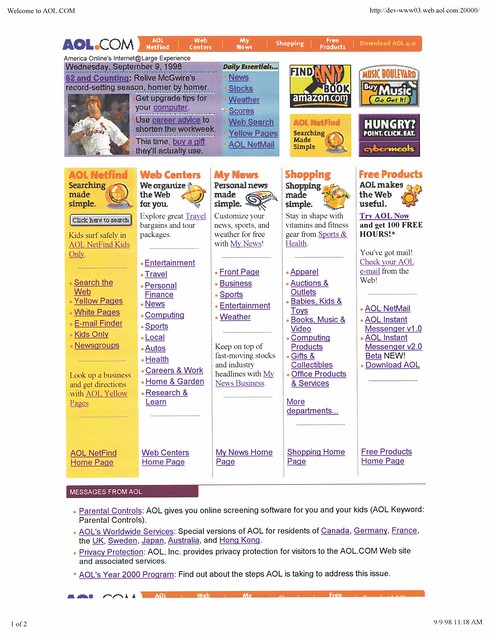 However, Mac was bumped from the top spot by Independent Counsel Kenneth Starr, who sent his report to Congress. I only have a screenshot of my offline copyfit mockup; you can see how the first promo runs to three lines, throwing off the alignment of the block and adding some space to the bottom of the right column; I'm not sure if that's the version we ultimately published.

Anyway, you'll see a lot more of this during the coming days.