September 26, 1998: Another college football promo; the headline calls out Kentucky at Florida, featuring a photo of Kentucky QB Tim Couch, "sometimes considered one of the biggest draft busts in NFL history." 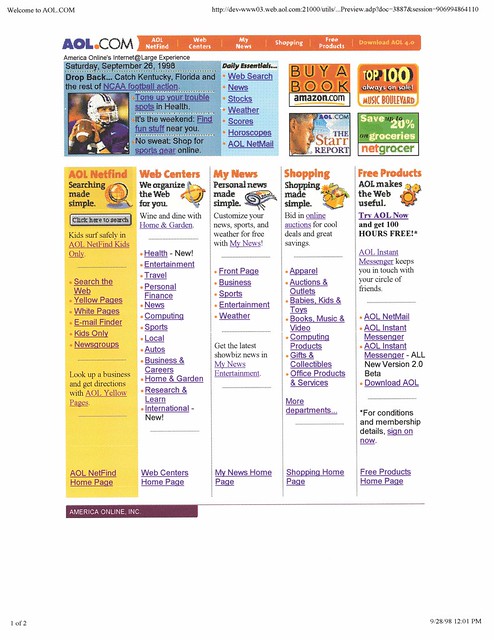