September 12, 1998: Naturally, we continued with the Starr Report in the top spot, though we resumed the regular text promo lineup in the other spots. Also note that we put a Starr Report house ad in the rotation. It probably wasn't a good idea to use the exact same graphic for the house ad in the ad bloc as the editorial promotion, but then again, I think by this point, everyone assumed everything was an advertisement anyway: 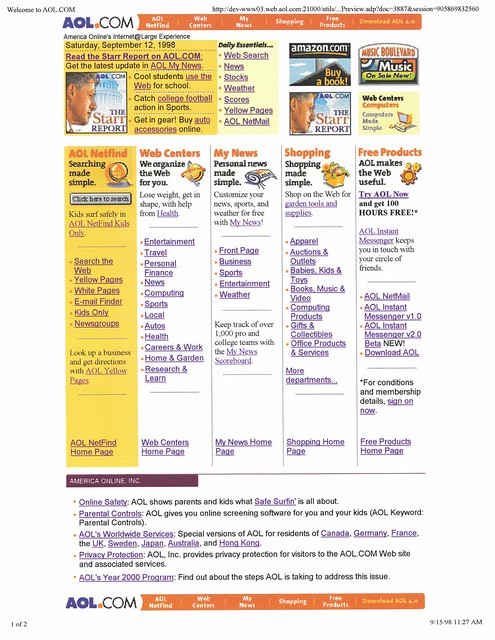