September 17, 1998: The graphic promo headline references the 1998 Northwest Airlines pilots' strike, which grounded the airline for two weeks. Despite appearances, it's not a news story, but rather a promotion for some sort of Travel Web Center feature.

The Starr Report remains in the third spot. 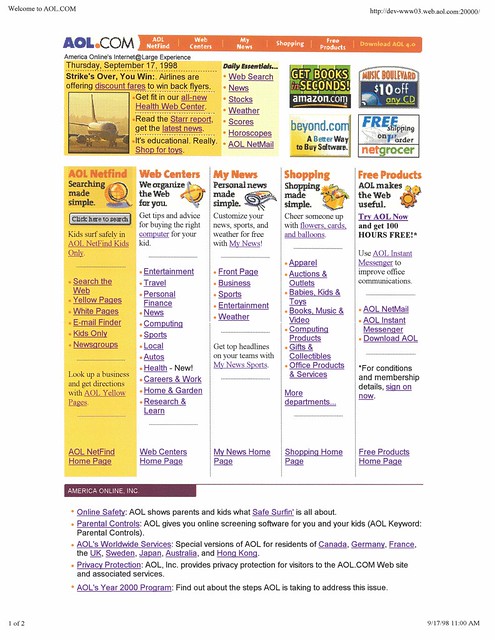