September 7, 1998: Mark McGwire hit his 61st home run, tying Roger Maris' single-season record. It's hard to overstate what a huge deal the 1998 home run derby was, since the horse race aspect was something easy for non-baseball fans to get caught up in.

In retrospect, we all probably knew there was something mighty suspicious about all these dingers hit by men with basketball-sized heads and canned hams for forearms. But that would come much later. 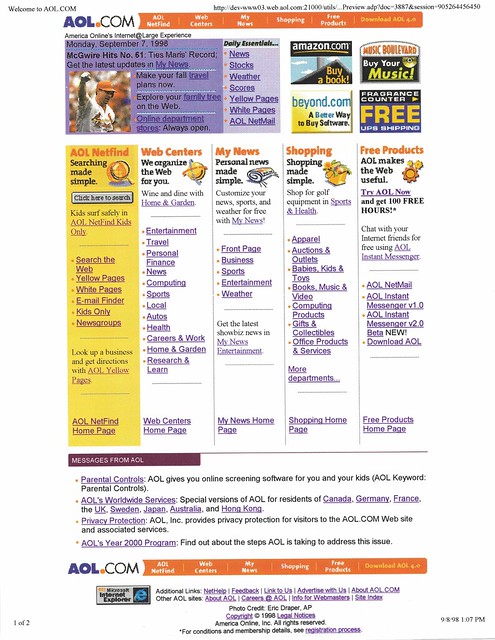