September 8, 1998: Just another generic Personal Finance graphic in the top spot. We moved the home run record watch down to the second text promo spot.

What's marginally more interesting: In the Free Products column, we have a text promo that reads "Can't use AOL at work? Read your AOL e-mail with AOL NetMail.": 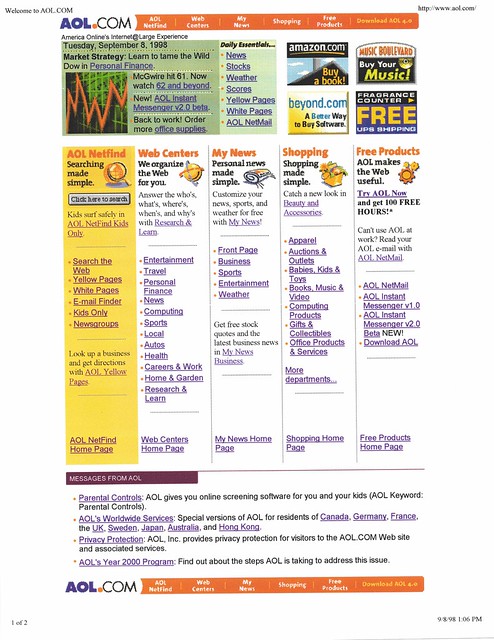 Yeah, we're basically saying, "Bypass your boss and your corporate IT department so you can check your personal email at work"... just not as explicitly as this short-lived AOL TV commercial from around 1996 or so (I believe it was from the same batch as AOL commercials as the David Cross "monkey glove" ad).

The first version of AOL NetMail used an ActiveX plug-in, so if you couldn't install the AOL client software on your work machine, it's quite possible that you wouldn't have been allowed to run ActiveX plug-ins, and we quickly moved beyond it.