September 22, 1998: We stuck with the Clinton deposition video in the lead graphic promo. Apparently, we did include the entire video, though I'm guessing people just scanned through to the more dissemblingly bits. 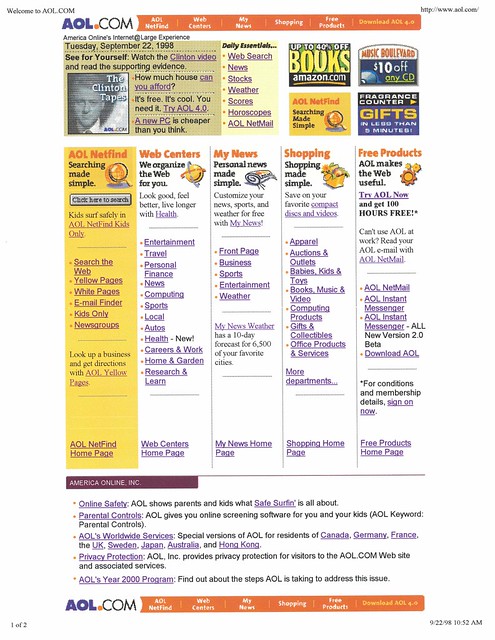