September 21, 1998: President Bill Clinton's deposition video was released. From the timestamp, looks like we started the morning with a placeholder (I wasn't usually at the office at 6:44am back then... or now), then updated the promo after it was published: 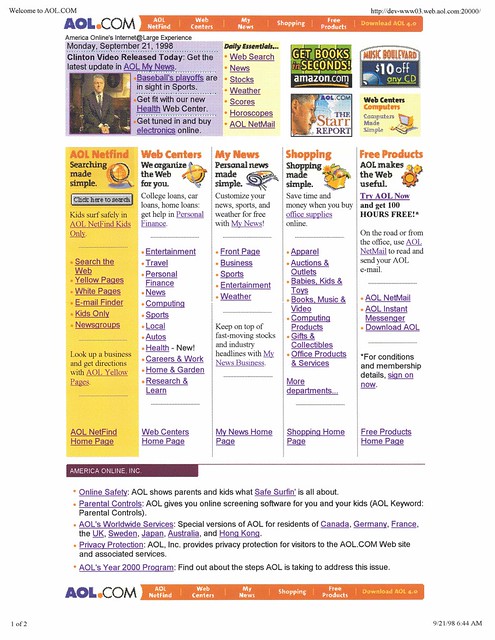 After the video and materials were released, we updated the promo to make it an all-Clinton deposition package. Remember, this was in the days before YouTube (which wouldn't be around for about 7 more years), so people were dependent on online media outlets for event video like this.

I don't recall if we provided the entire video or just excerpts, though we probably had the full deposition. 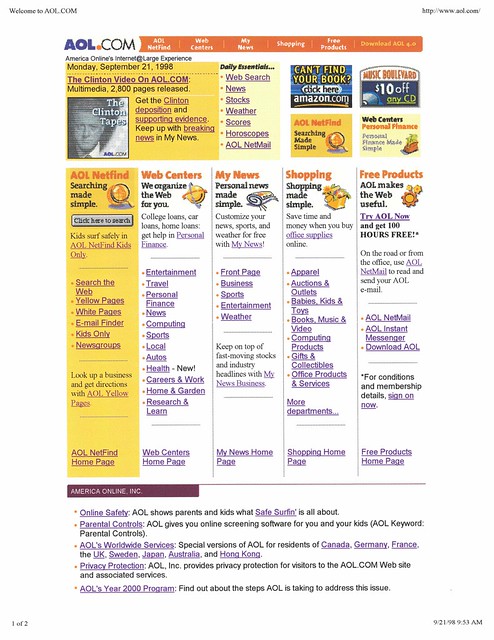