September 19, 1998: Another Saturday college football promo (featuring a photo of, I believe, Florida State wide receiver Peter Warrick) that probably no one clicked on.

The second text promo for My News references the Bill Clinton deposition tape which was expected to be released the following Monday. 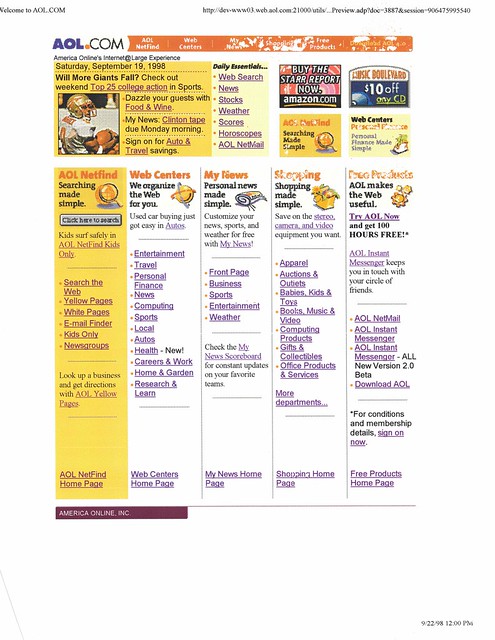