September 3, 1998: Swissair Flight 111 crashed in the Atlantic Ocean off Halifax late September 2. I seem to remember making updates to the scheduled page from home, either late on Sept. 2 or early on Sept. 3, using dialup and my Defender key authenticator (which looked like an old LCD calculator) to access the publishing systems.

The first image was a breaking news graphic probably repurposed from one created for the AOL News Channel coverage (the website was second-tier to the core service offerings): 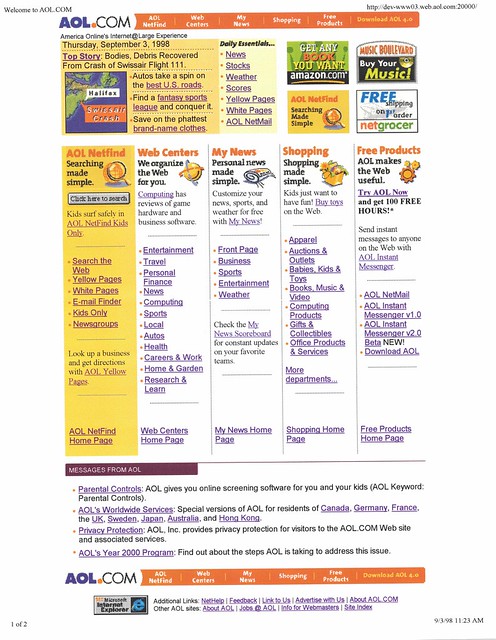 This was followed by two photos from the crash recovery: 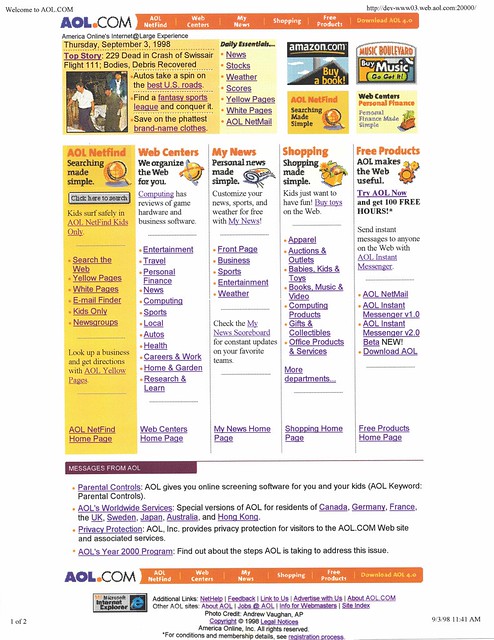 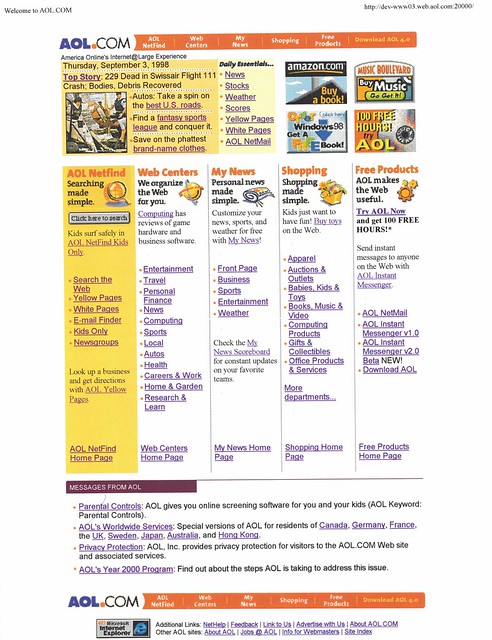