September 24, 1998: The "Just Friends?" headline is, of course, an inside reference to my own personal online history (which remains online as a time capsule of clueless and fragile male entitlement).

This was the Friends season 5 premiere, which apparently opened a new cycle in the Ross-Rachel "will they/won't they" saga. (I didn't watch Friends, at least not as first-run viewing.)

Thursday nights in 1998 were still near-peak "Must See TV" for NBC. 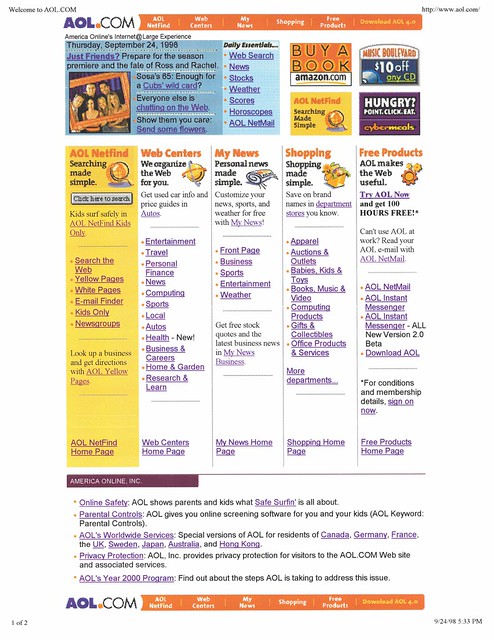