It's been a week since the first running of the DC Zombie Lurch, so there's not a lot of point in posting this entry. I'm just doing it in the interest of completeness and because I didn't want the headline to go to waste.

Plus, I finally posted and tagged my full set of DC Zombie Lurch photos, so here's my quick recap and some of the photo highlights:

I wasn't able to get my own zombie act together in time (I'd independently decided to be a radioactively-reanimated zombie, unaware of any other zombie activity), so I just went to watch and take photos (and get in the way of the real photographers).

The whole thing started promptly at 5pm, just outside the Washington Monument: 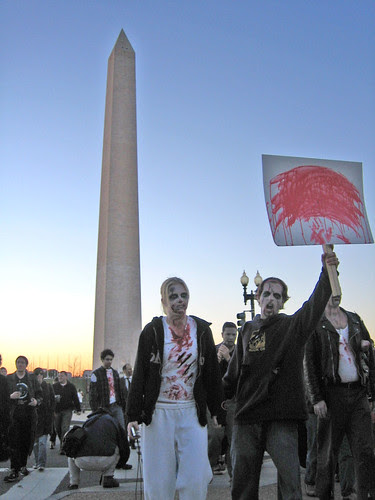 They rallied at Smithsonian Metro, then shambled up the Mall a bit towards the Capitol. There were some tourists about -- one moment I'm glad I captured (even poorly) was coming across a group of priests (given the haircuts and shoes, I think they were actual priests, not costumes): 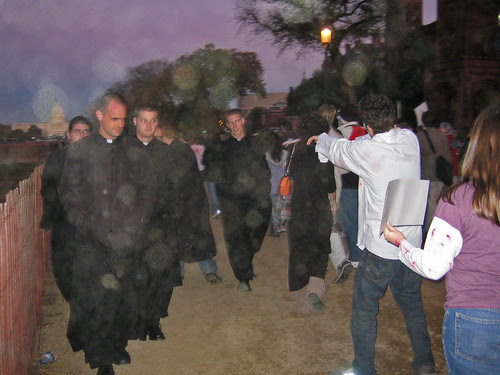 Note the mystic orbs, presumably from the spiritual combat.

The chants pretty much centered around "What do we want? BRAINS! When do we want it? BRAINS!", which as someone noted never really gets old (though it got close). (At one point near Adams Morgan, someone dusted off the Zombies Gone Wild/Show Us Your Brains bit, but I still laughed.)

We headed into the Metro at Smithsonian: 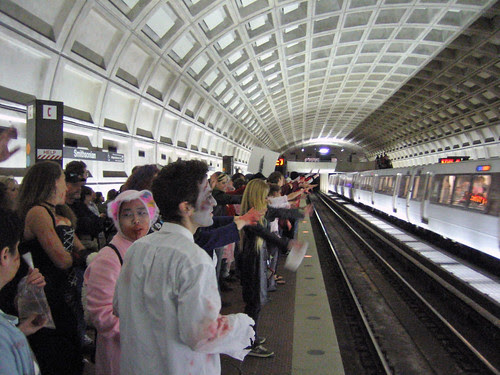 Then switched at Metro Center to the Red line: 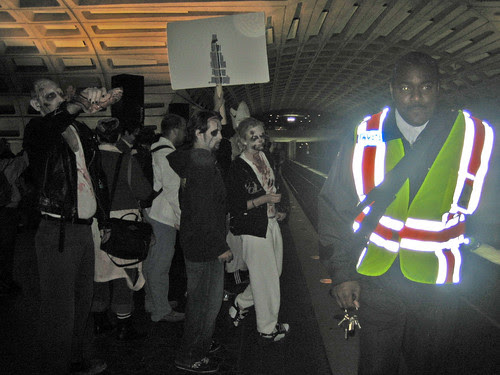 The Metro workers were surprisingly non-nonplussed. They were more concerned about zombies getting too close to incoming trains. 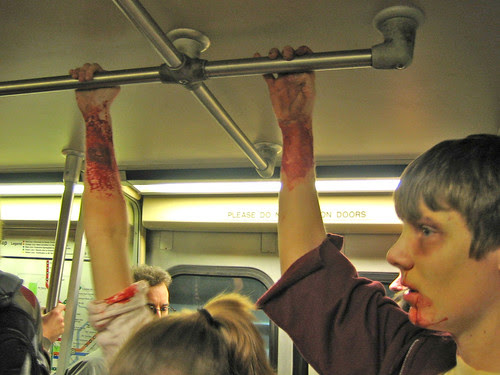 There was a funny moment when, as we were waiting on the platform, a kid on the incoming train looked out at the platform and leapt back, bug-eyed. Unfortunately, I wasn't able to capture it. 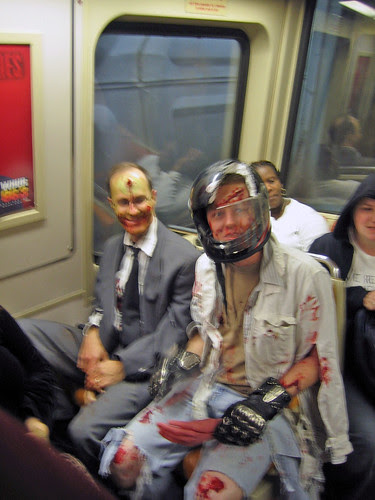 Anyway, we made it Dupont Circle and walked up 18th Street, passing some of the embassies: 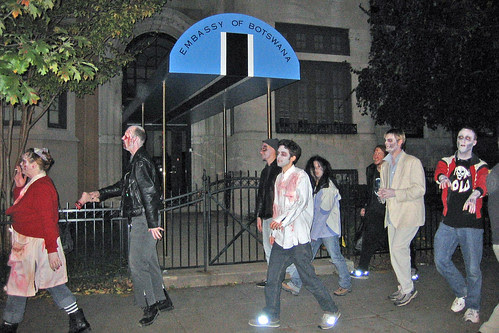 eventually making it to Adams Morgan. 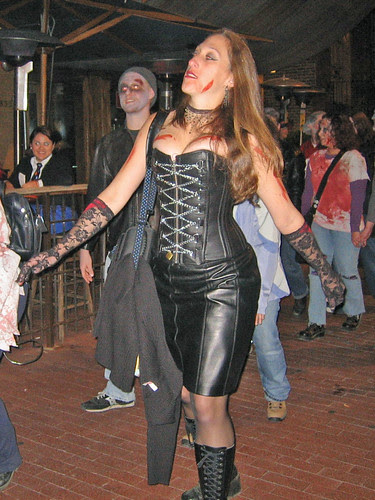 More goth than zombie, but who am I to argue?

Some of the rowdier undead started pounding against the glass of some of the storefronts we passed; the horde also pressed in against the glass at the Dupont Books-a-Million and the Krispy Kreme -- I ran inside each trying to get a photo from the other side of the glass, but alas, I was too slow.

Anyway, we eventually made it up to Adams Morgan. It being a Sunday night, and with more than a few under-21s in the group, things just sort of petered out. I got a falafel, then went home.

So, it was fun; I will see if my costume survives until next year, at which point I look forward to being an actual participant.