My primary accomplishment this weekend, raking the leaves on Saturday, has been mostly nullified by strong winds, which has also had the effect of blowing most of the rest of the holdouts to the ground. So I'll have to do it again some night this week (they're coming to collect the leaves on Wednesday).

The other big endeavor this weekend, buying a new washing machine, ended in abject failure. I went to Sears tonight, all set to just spend and get it over with, but I quickly realized that I had to do a bit more research -- not to mention remember to bring the piece of paper with the measurements on it. So I scurried away, shamefully.

The weekend started out with the DC Bloggers Blogsgiving Happy Hour on Friday. I got there late, about 10:15, when things were already petering out.

As usual, Red's recap is pretty good; I mostly hung out with her, co-hosts VP of Dior and I-66, Hammer, and Home Improvement Ninja. And I met a couple of new folks (including Hey Pretty.) But mostly I observed some hanky panky on the sofa and shenanigans at the bar. As well as some dubious dancing by some other, nonaffiliated folks.

Oh, and I do have two photos: 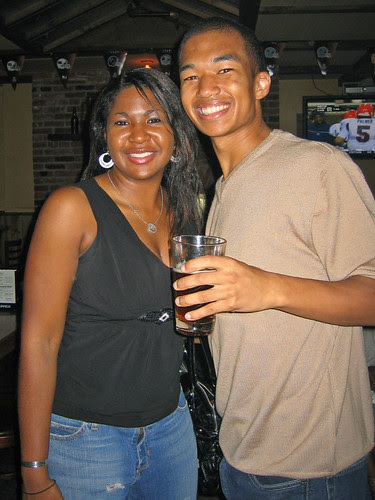 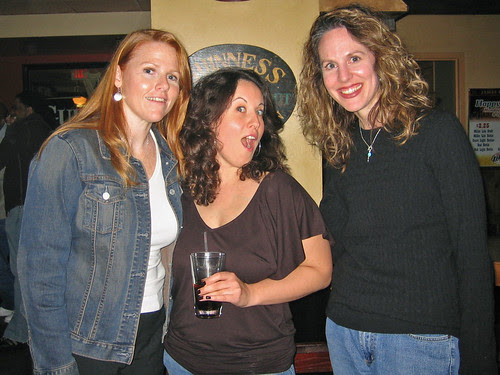 Red, Hey Pretty, and Mrs. M (who manages to make it into a good number of blog entries, despite being a non-blogger).

After leaving Mackey's, I stopped in at the Beach Shack for a quick drink (I'd parked nearby); apparently, they are decamping for Falls Church after next week.

I wish I had been there to see said "shenanigans." Damn immigration.

I will try to get some video next time for you. -- Joe

aww shucks you called me glamourous. great to see you!