This afternoon, a fiend and cow-orker sent me a link: www.washlee.arlington.k12.va.us

It's the home page of Washington Lee High School, in Arlington. No big deal, right? 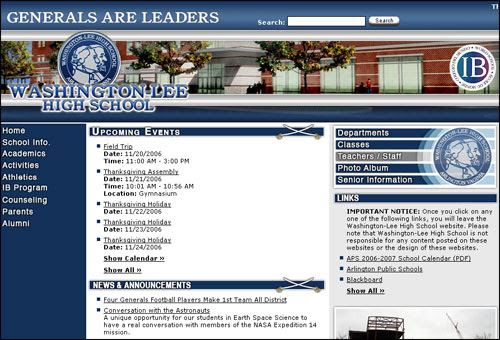 Okay, so it's Sandra Bullock's alma mater. I figured I was missing something, so I took a closer look: 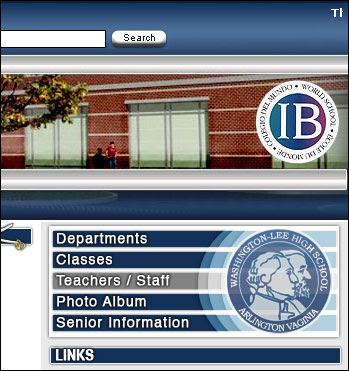 Still don't see it? Here it is in red: 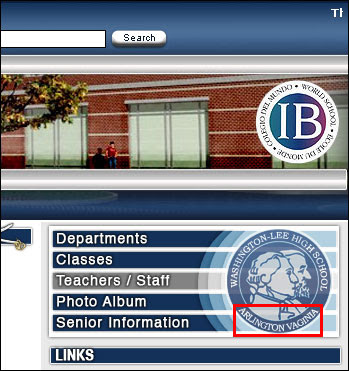 For the colorblind, the bottom of the crest says arlington vaginia

According to my friend, a buddy of his had worked at the school, was checking out the site, and happened to catch the vaginia.

I think I was looking at the page as they were fixing it, since the vaginia graphic wasn't showing up until you rolled over it.

It's since been fixed, though you can see the lettering is a bit off right now. It's squashed. Tight, even: 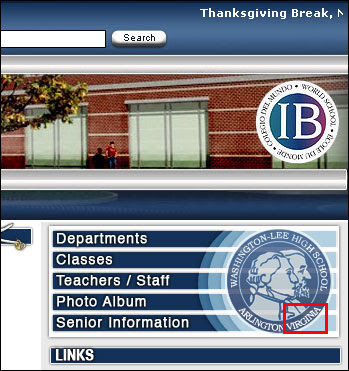 There's nothing worse than a sloppy Virginia.

However, I don't think they've gotten around to fixing the footer image yet:

The most recent Google cached version of the page is from Nov. 16, and says "The NEW and IMPROVED Washington-Lee website is ready for its debut," so you figure (or hope, for their sake) that it just went live today.

As to how it got published? Three possibilities:

Naturally, you only have my word that this isn't a Photoshop job, but it's a heck of a long and pointless way to go for such a cheap laugh. Those of you who know me know I'm far too lazy for that.