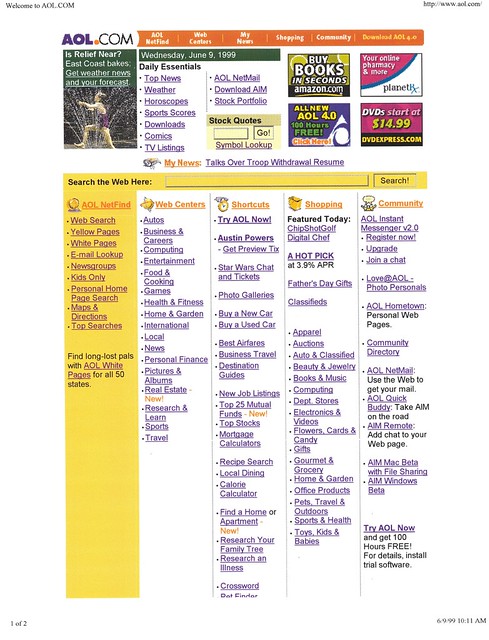 For the PM update, we went with another damned Austin Powers 2 promo.

We also see that the Shortcuts column, just keeps growing and growing, with two different movie promos (Austin Powers and Star Wars), two separate car-buying promos (one for new cars, one for used, presumably because we had different sponsors for each), and a dumping ground for other miscellaneous crap: 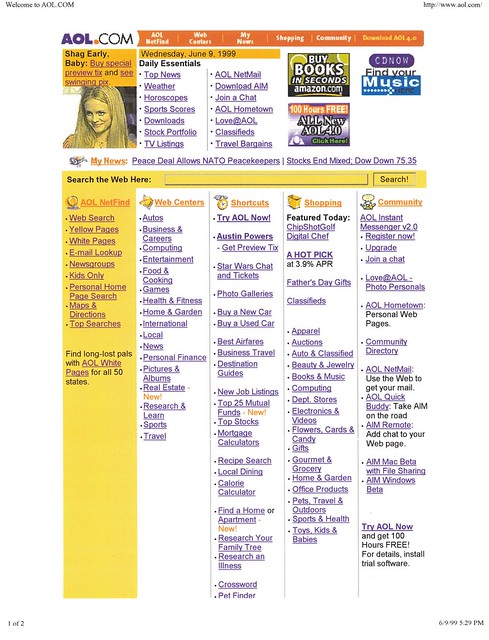