June 30, 1999: We closed out June with what looks like a publishing glitch, since we had the same South Park PM lineup from yesterday (also note the Alanis Video Exclusive item and an Austin Powers Movie Auction in Shortcuts): 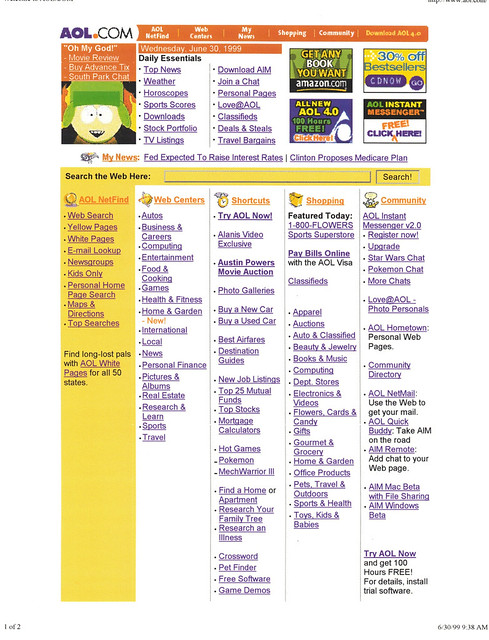 We did a mid-morning update with... more South Park: 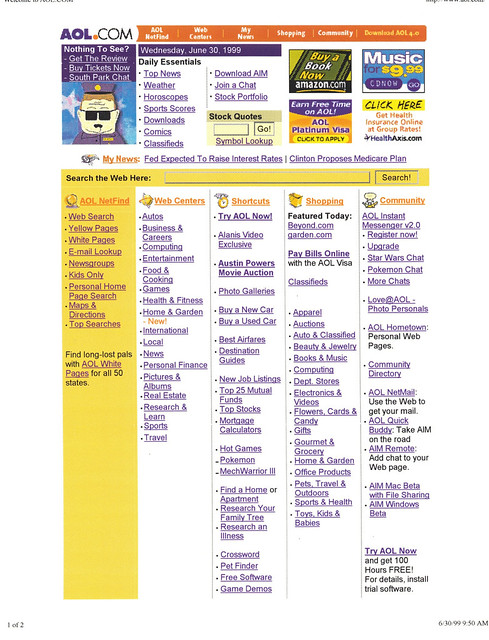 Then, we switched to the lovely Fed Chair Alan Greenspan for a Fed interest rate hike: 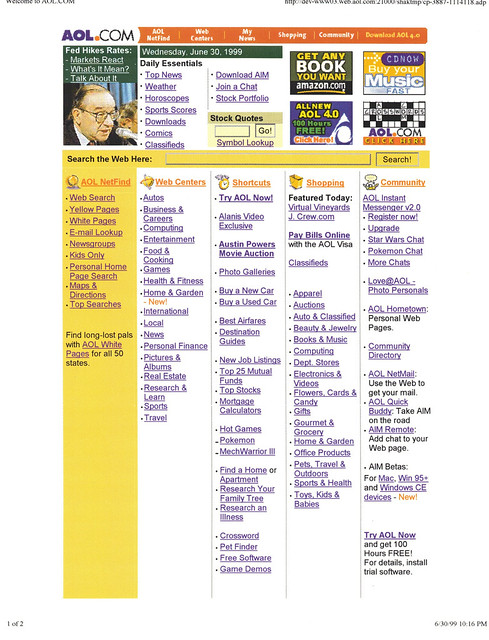 Then, we finally closed out with summer video games and a demo for the Aliens versus Predator game (which was apparently miles better than the similarly named movie franchise that would start a few years later): 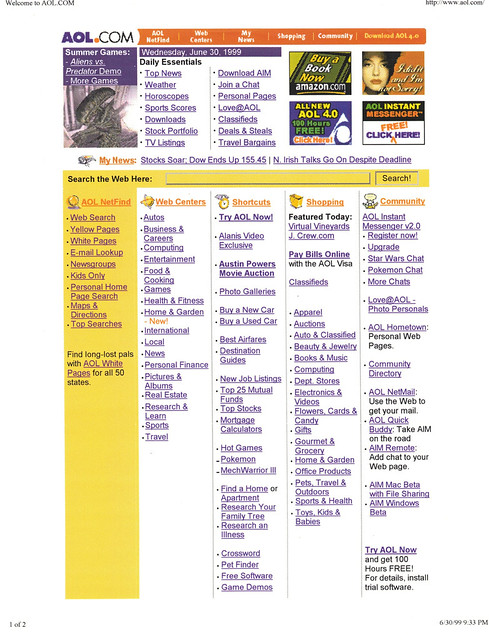