June 16, 1999: The morning's promo was even more prosaic than usual -- a bare-bones home buying headline with two bullet links for home listings and mortgage calculator: 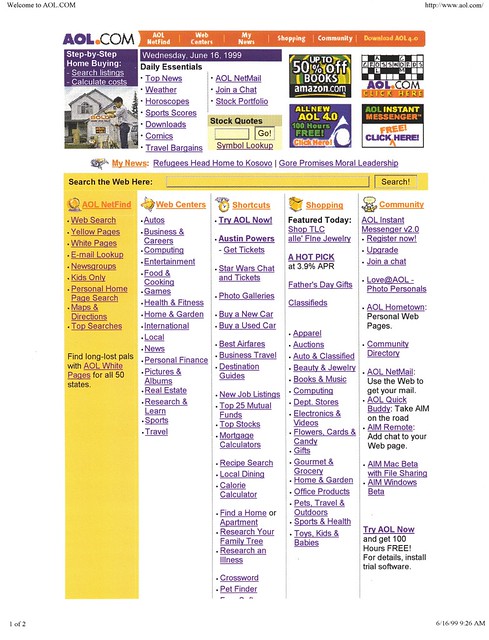 For the PM update, we look at a lockout-shortened season's NBA Finals, featuring the Spurs versus the Knicks.

Meanwhile, in the My News headlines, we see refugees returning to Kosovo, as well as Al Gore throwing the hat into the ring for the 2000 presidential election. And boy, do we know how that turned out... 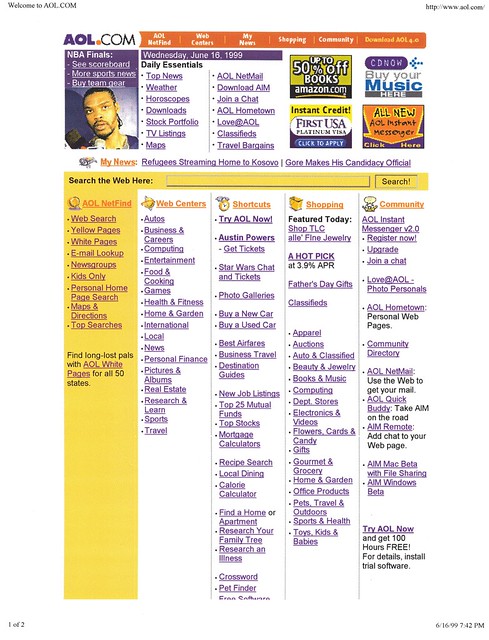