June 3, 1999: We started off with a job listing promo, with a headline--"Does Your Job Drive You Mad?"--written specifically to match the stock art. It may or may not have been another cry for help: 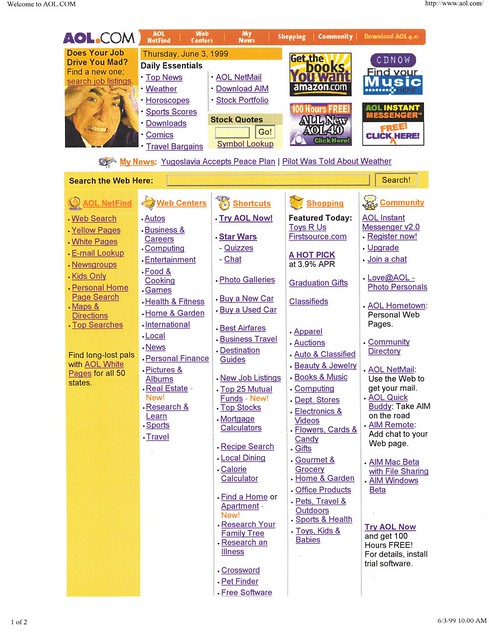 For the PM update, we led with an update on the efforts to end Kosovo War, which we hadn't featured in the top spot for a while, though it occasionally surfaced in the My News headlines. The war would formally end about a week later: 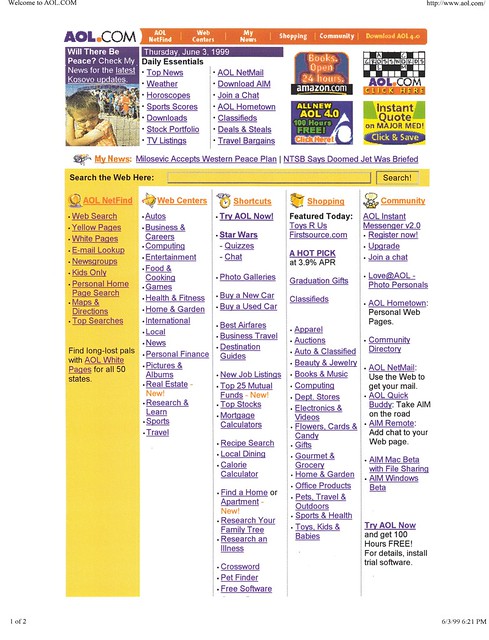