June 10, 1999: We started off with AOL Hometown, with an almost-but-not-quite ad jackpot in the lower right. The My News headlines references the Serb withdrawal from Kosovo... 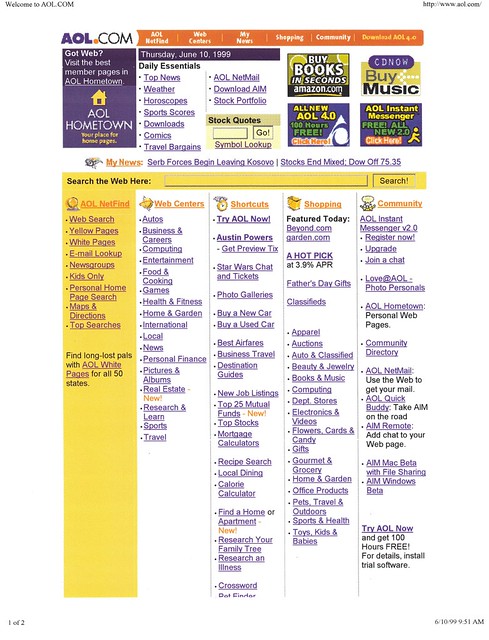 ...which we followed up with in a mid-morning update: 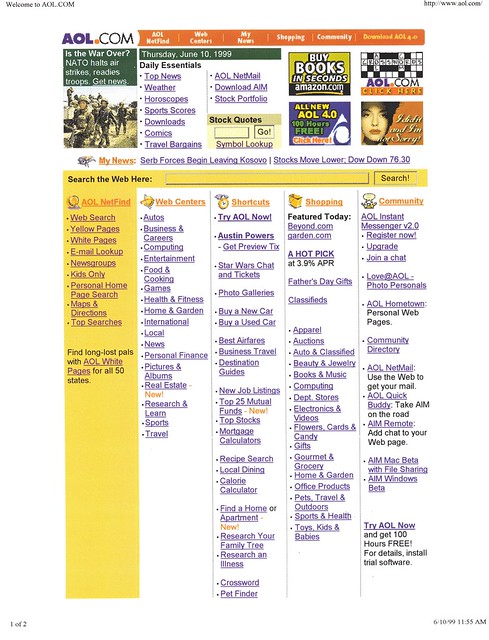 For the PM update, we went with an exclusive preview of Geri Halliwell's solo CD debut, for the world just wasn't spicy enough: 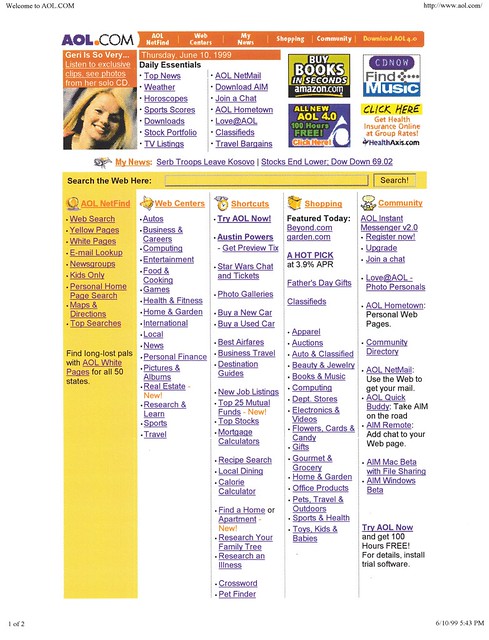