June 29, 1999: The morning feature was for credit cards, with tools for finding lower rates, credit info, and by the way, a promo for the AOL Visa. In the My News headlines, we see President Clinton's proposed Medicare modernization plan, and more updates from Kosovo after the formal end of hostilities: 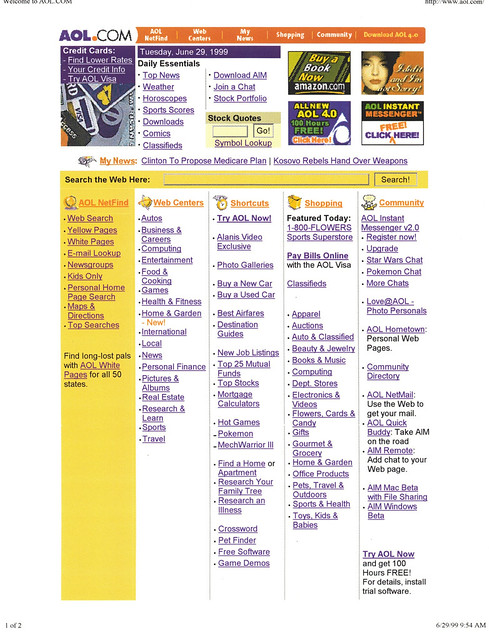 For the PM update, we went with South Park: Bigger, Longer & Uncut, which would open the next day: 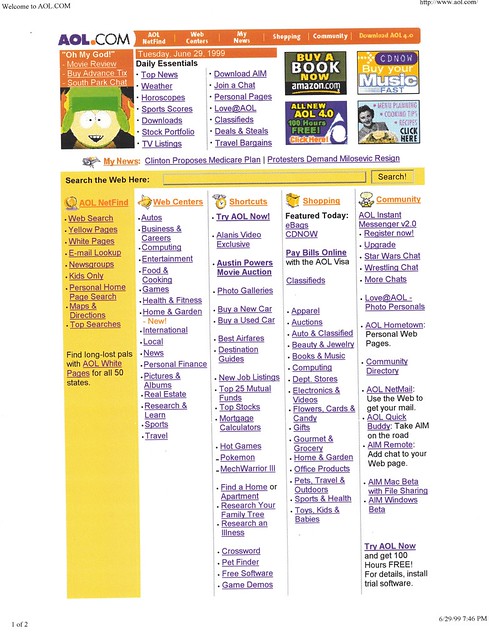