June 2, 1999: We originally led with a Business Travel promo featuring airplane stock art and "book a flight" text, though you can see the My News headline below: "Jet Skids Off Ark. Runway: 80 Hurt." This was Flight 1420, which eventually claimed 11 lives: 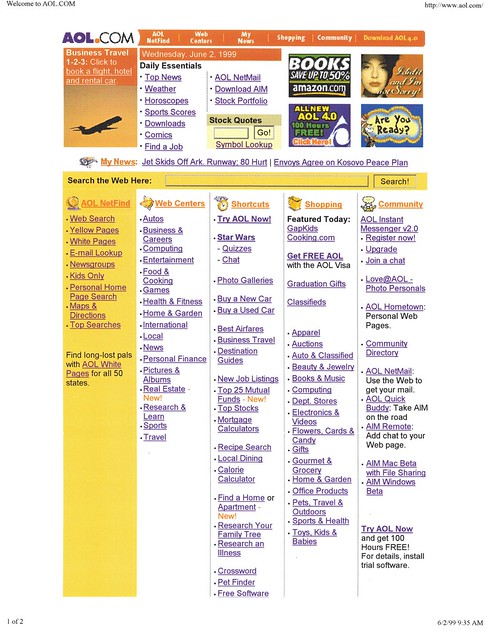 With lessons learned from prior plane crashes, we and the AOL service had a protocol in place to deal with plane crashes: Don't promote airline stuff after plane crashes. Which meant replacing content and pulling ads from rotation. In this case, we quickly switched to another evergreen Travel promo for the Cruise Directory: 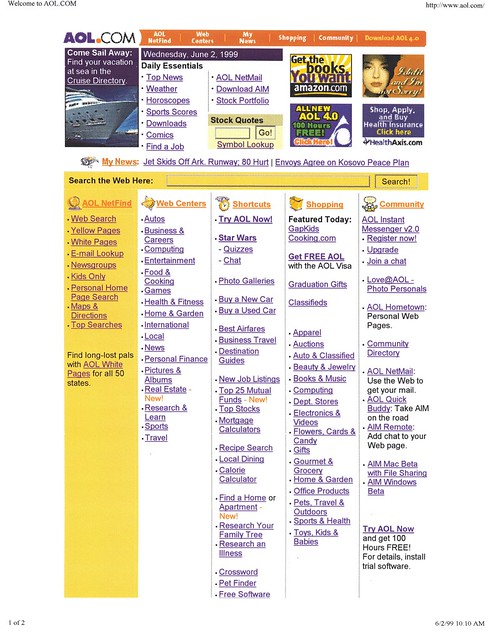 As we got more info (the crash happened late Tuesday night), we switched to news mode: 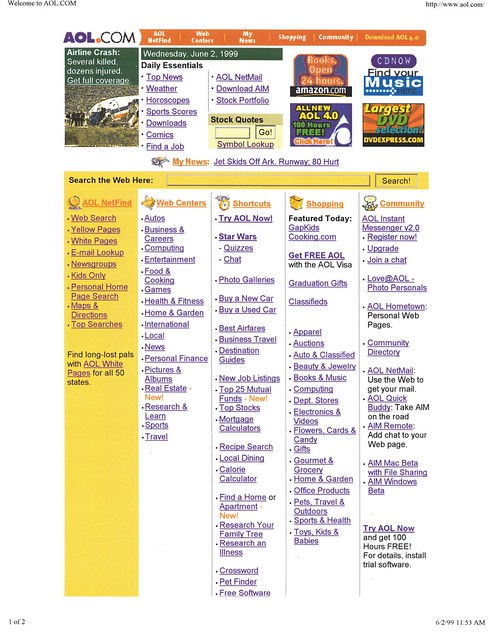 For the PM update, we continued with the story, changing the photo to an anguished crash reaction pic: 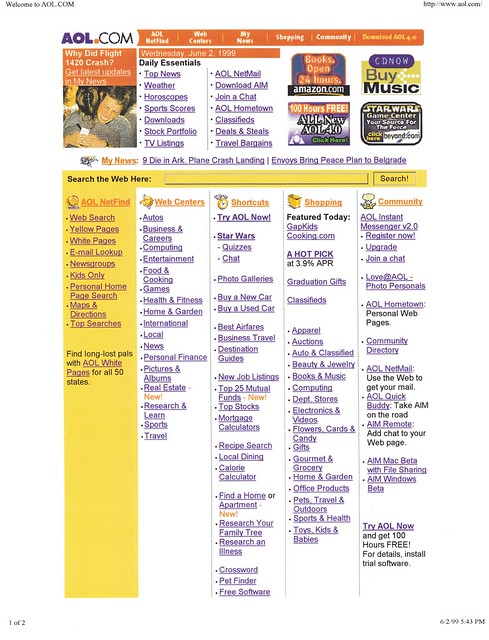