June 8, 1999: Once again, we used the jet photographed from below to hawk summer airfares; the My News headline references an East Coast heat wave... 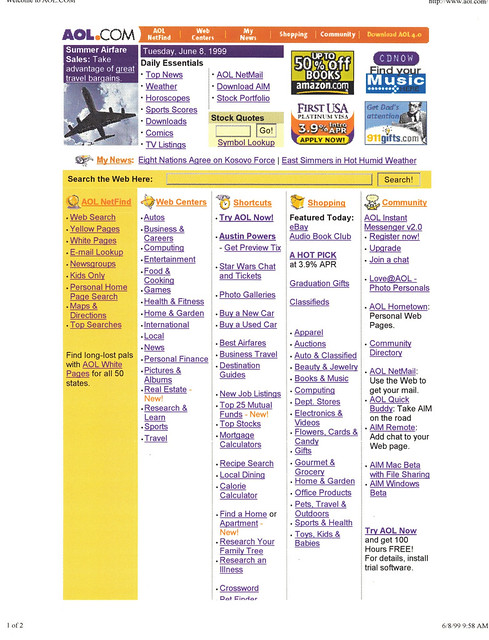 ...so we did a mid-day update featuring a hot dog (since everyone cares about the weather on the East Coast of the U.S.): 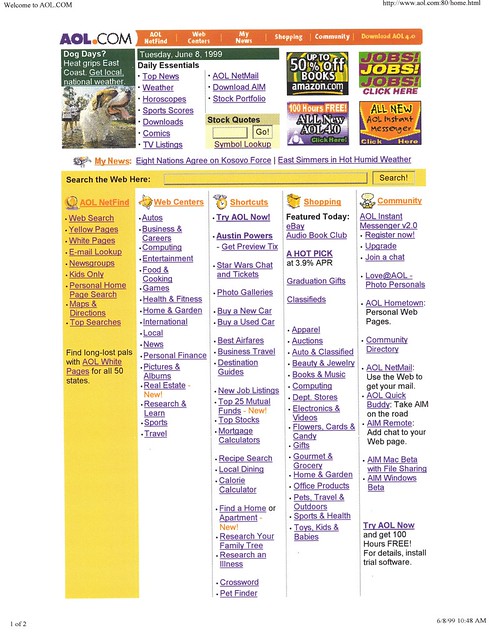 For the PM update, we did yet another Austin Powers 2 preview; the fact that it was a New Line picture (part of Time Warner) may have had something to do with it: 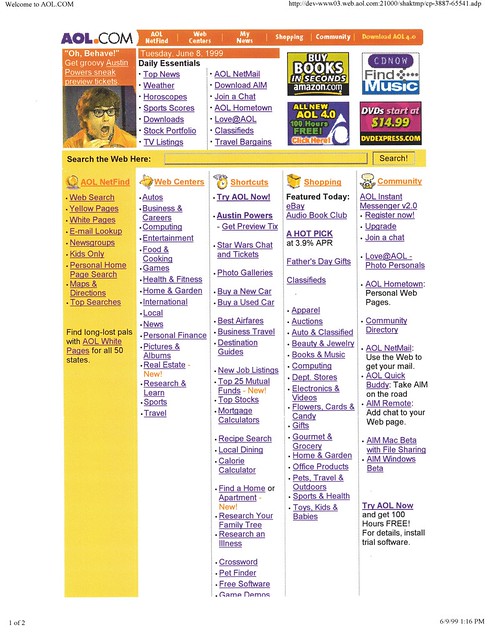