June 4, 1999: We led off with car buying, featuring a red Corvette in the top spot; in the My News headlines, we see that NATO bombings in Yugoslavia continued, despite the nearness of a peace deal: 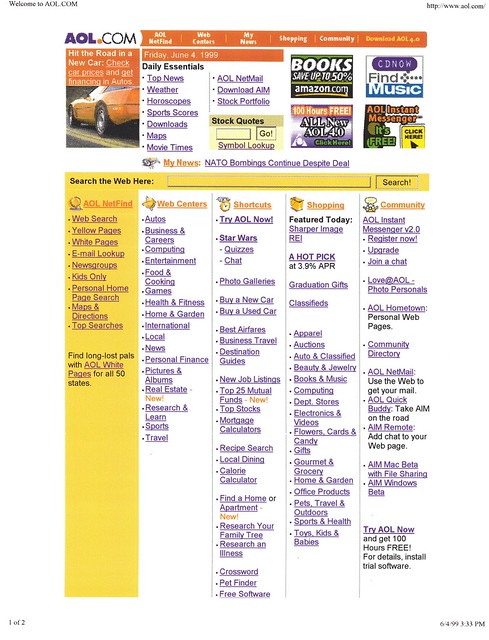 For the PM update, we went with a movie preview featuring Austin Powers 2. In the My News headlines, we see the item, "Security Tight in Tiananmen Square" for the 10-year anniversary: 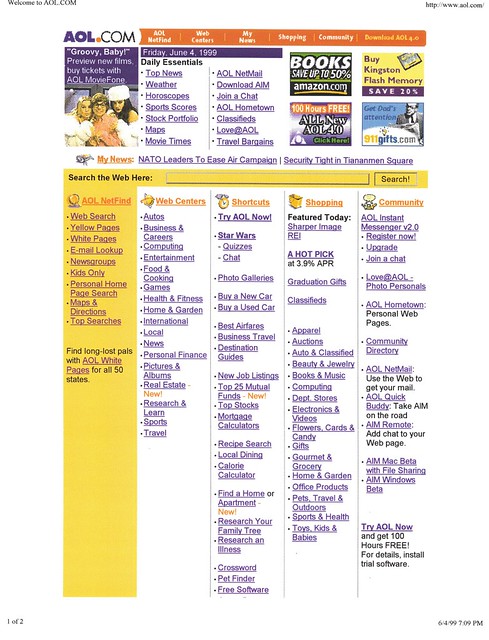