April 9, 1999: We led with the continuing Kosovo crisis (featuring a news photo of an Apache attack helicopter), last-minute tax help, and a "Tulipmania Strikes!" promo that was not a self-aware commentary on the dotcom bubble: 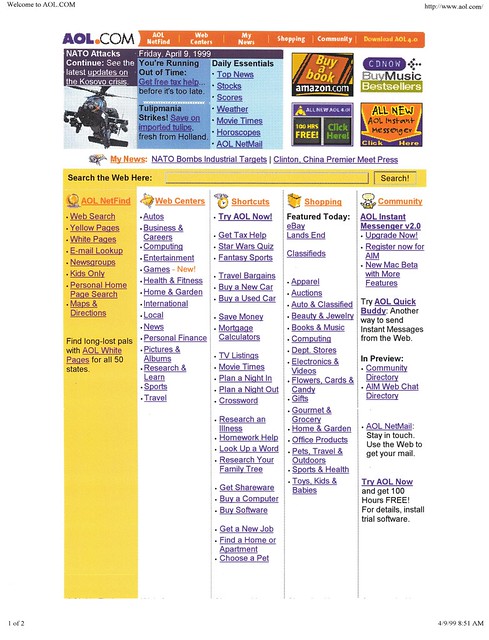 For the PM update, we led with Drew Barrymore for the opening of a movie of hers that we didn't even bother to mention (Never Been Kissed, for the record): 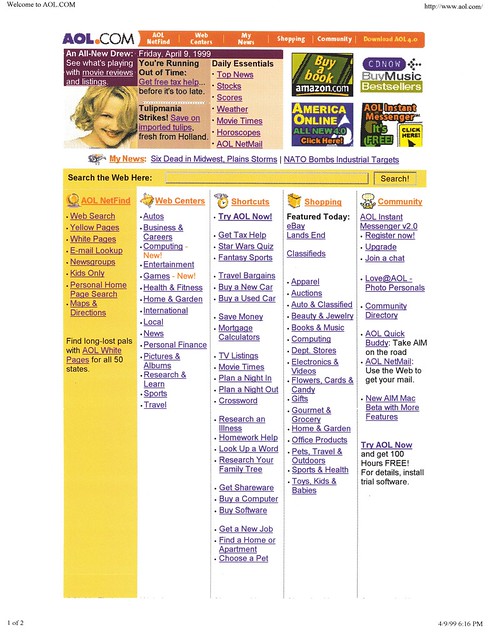