April 2, 1999: The story of the three U.S. soldiers captured near Yugoslavia continued to evolve, but it was Friday, which meant it was back to movies. The movie in this case was The Matrix, which no one really knew much about, thanks to cryptic marketing built around the phrase "What Is the Matrix?" 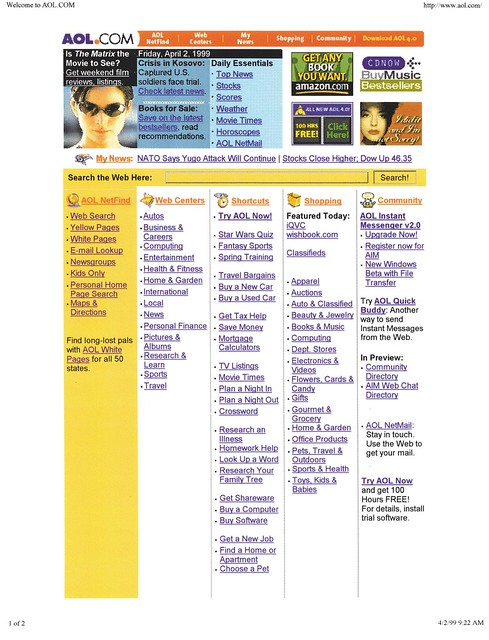 We kept it in the top spot for the PM update.

I seem to remember that we'd had some sort of reorganization (with layoffs, which was the whole point--they happened somewhat regularly, and I was probably too used to dealing with them), and I was feeling kind of down, so I went to see The Matrix (I think at Reston Town Center).

I went in not knowing much about the movie. In 1999, even with the internet and sites such as Ain't It Cool News, you could still manage to avoid knowing much about movies that were coming out. I never saw the trailer, just the TV commercial that ended with the Neo rooftop bullet-time shot with a voice over by Morpheus saying, "Unfortunately, no one can be told what the Matrix is... you have to see it for yourself."

As a result, I remember having my mind blown.

I'd go on to see The Matrix a bunch more times, at matinees and at the 2-dollar-theater in Sterling. 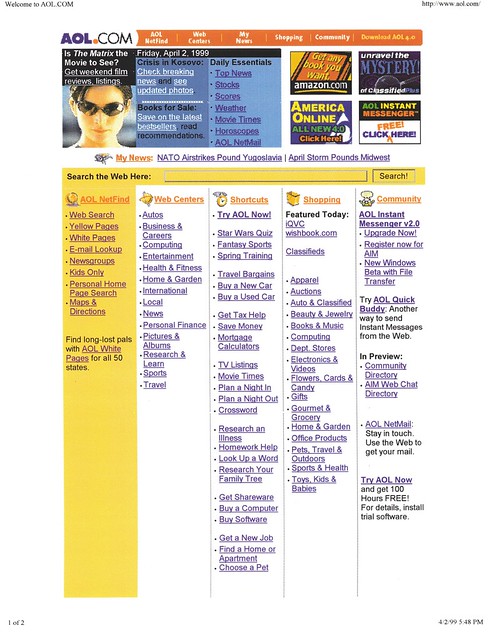