April 5, 1999: Morning and evening promotions telling people to do their taxes now. (This is also a message for me in 2019.) 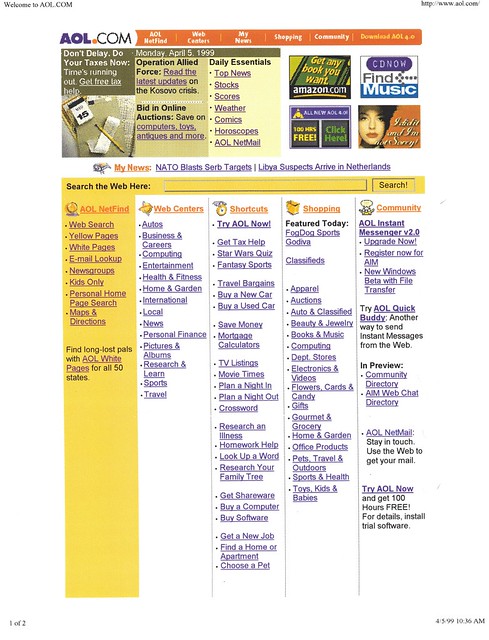 In the PM update, we ask if ground troops are next for Kosovo; the second My News headline also references Libya handing over for trial two suspects in the Pan Am Flight 103 bombing over Lockerbie, Scotland: 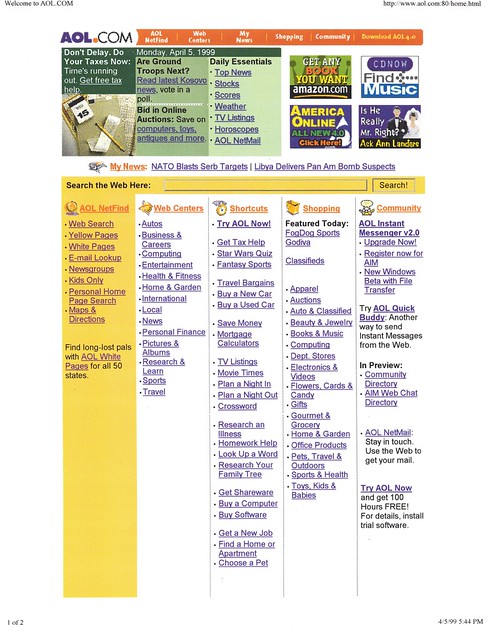