April 16, 1999: We started Friday with yet another animated GIF AIM promo, along with car buying, and "Do You DVD Yet?" In the My News headlines, we see the NATO bombing campaign against Yugoslavia continues, while the Dow ended the previous day with a new high. 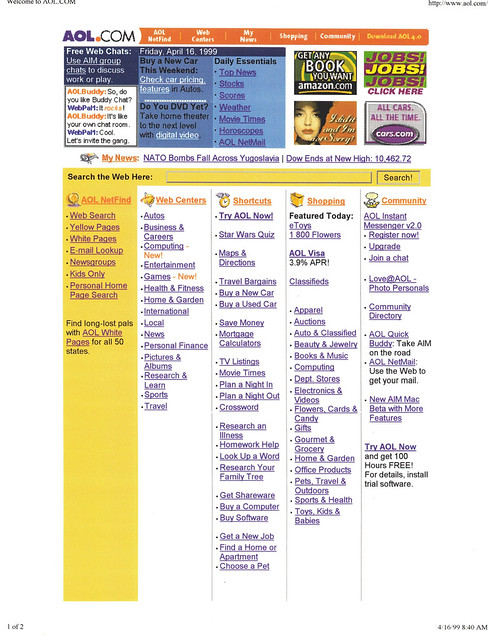 For the PM update, we switched to the Kate Winslet movie Hideous Kinky, which I have never seen and know nothing about.

Note the headline that broke to the second line, the "Don't Be Home Alone" headline for photo personals, and the double "JOBS! JOBS! JOBS!" ad jackpot. The Dow ended Friday at another high: 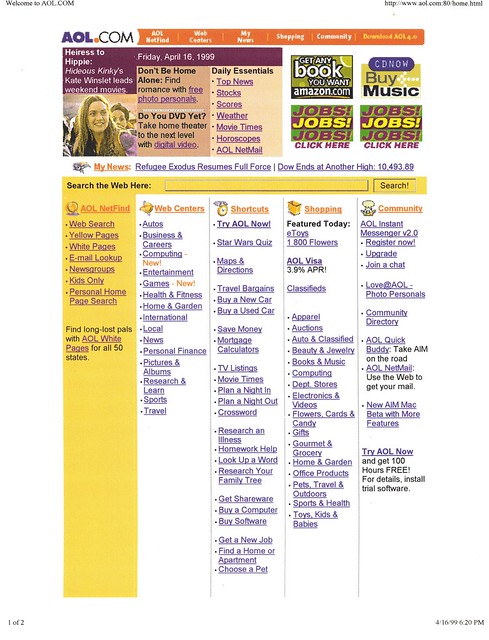