April 20, 1999: Tuesday started out as a regular day; the morning lineup was a bright and sunny weather forecast promo, with market news (that to the previous day's stock movements but still managed to sound generic), and pet shopping: 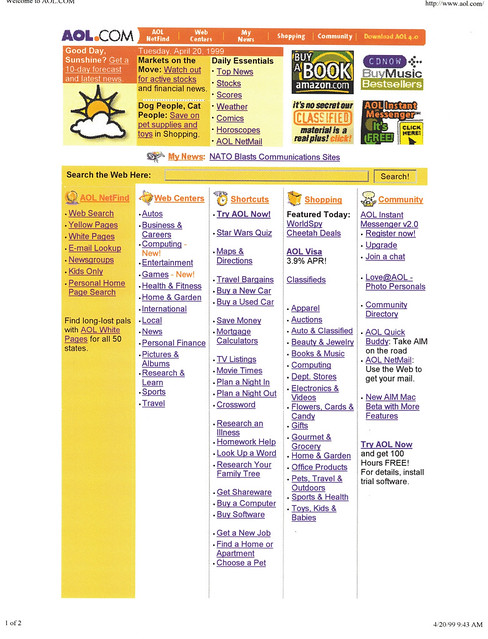 Around mid-morning, we got word of a shooting at a school in Colorado. I seem to recall doing the content update and going to lunch not soon after. 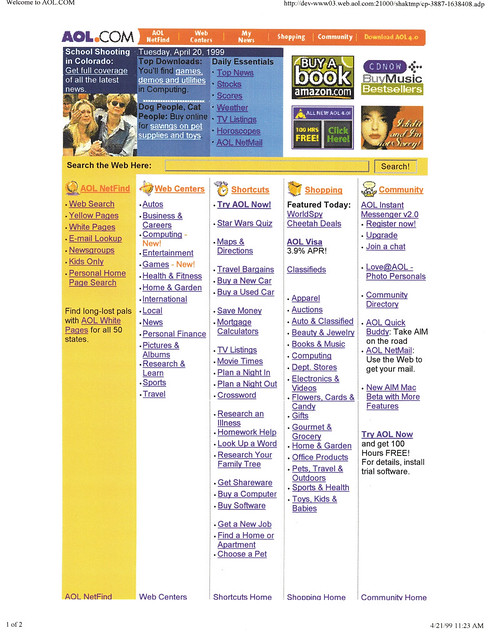 By the time I got back from lunch, there were more reports of what had happened. And that's when Columbine became... Columbine. 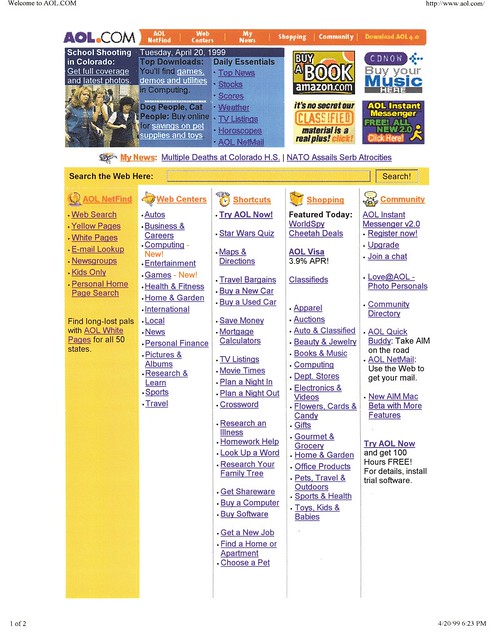