April 3, 1999: For Saturday, we have an apparently Baywatch-inspired vacation travel bargain promo; the Kosovo war and captured U.S. soldiers remain in the top text spot. Also, dig that promo for Tae-Bo tapes. Hard to get more '90s than that: 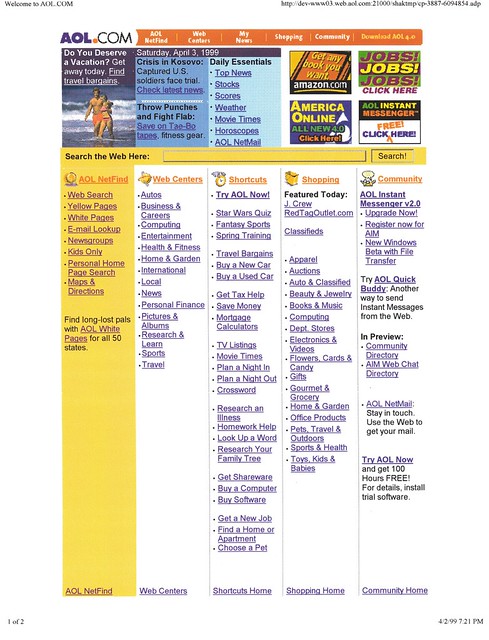