April 1, 1999: We didn't do April Fools Day jokes (lingering affects of the April Fools Day 1996 prank where the AOL Welcome Screen announced that NASA had discovered proof of life on Jupiter); even if we did, it would have gotten displaced by news that 3 U.S. soldiers had gone missing while patrolling in Macedonia, close to the Yugoslavian border: 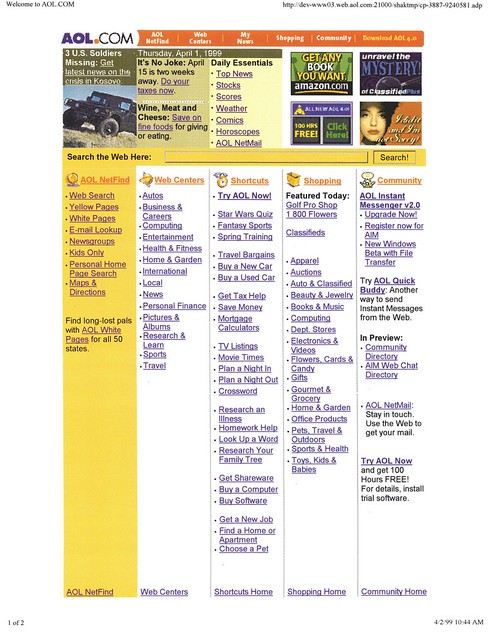 Not sure why I took another screenshot:

For the PM update, we updated the headline block with confirmation that the soldiers had been captured by Serbian forces, complete with photo: 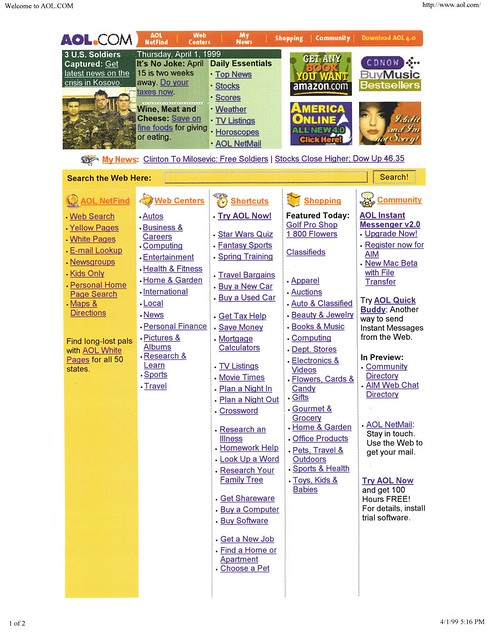