April 22, 1999: The second day after the Columbine massacres, we returned to business. The lead promo spot was the same AIM 2.0 "Free Chat Now" promo that we'd been running. We managed to smash together the Kosovo War and Columbine shooting into one text promo up top, along with online auctions: 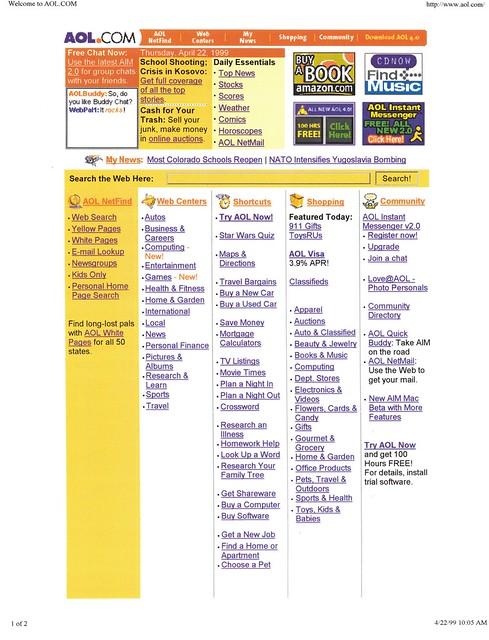 For the PM update, we went back to Columbine coverage; the My News headlines refer to the bombs found in the high school's cafeteria, as well as NATO jets blowing up one of Slobodan Milosevic's houses. He wasn't home. 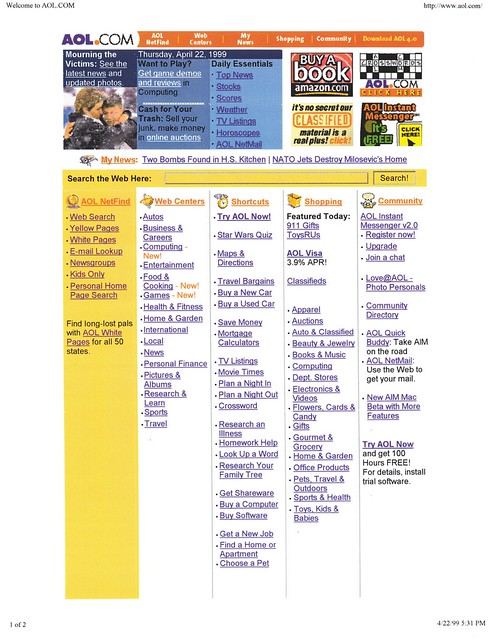